While at anchor the engineer on watch (EOW) advised the motorman to remain in the engine control room while he went to replenish the compressor oil. Shortly thereafter the motorman heard a shout from the EOW. The motorman rushed to see what had happened and found the EOW lying at the bottom of the steps in great pain. He immediately went to the control room and raised the alarm.

An examination of the injured engineer showed that his knee and left elbow were heavily bruised. He also had severe pain in his back and was unable to move on his own. He was brought into the engine control room where first aid was administered. Arrangements were then made for him to be taken ashore for further medical treatment. 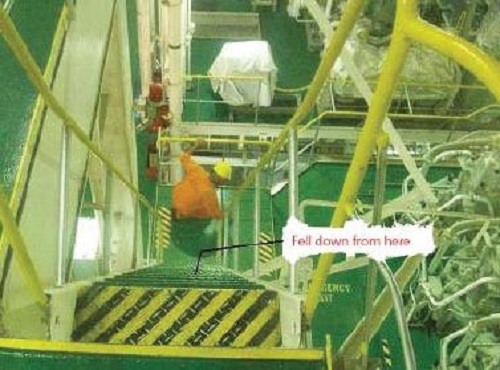 The EOW tried to hold on to the railing with his free hand but was unable to control his fall and ended up tumbling 15 steps down to the next deck. The victim was wearing a safety helmet which probably helped prevent a head injury.

After the incident, all crew were assembled and the importance of properly using ladders and stairways was reiterated by the Master. They were reminded that whenever going up or down a ladder, both hands are to be used to hold the railing. 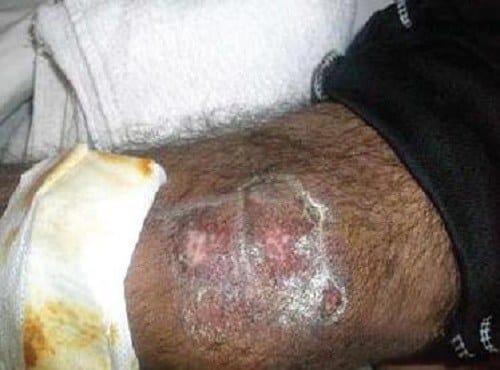 Any items to be transferred should be carried in a bag that allows both hands to grasp the rails or lowered using a bag/bucket and line.