You are here: Home › Case Studies › Real Life Incident: Risk Of Death Due To Wire Ropes On ZPMC Cranes
TwitterFacebookLinkedInPinterestBuffer

A three-day safety stoppage at DP World, Port Botany has brought to light severe problems with wire hoisting ropes that may have ramifications for similar terminals in Australia, New Zealand and around the world. The Sydney Branch of the MUA has issued the following Safety Alert.

At the recent Sydney Branch Safety Conference, on 8-9 November, members from DPW Port Botany reported on the wire ropes crisis in their terminal. They have experienced no less than 11 wire rope breakages in 18 months. It is only good luck that has prevented multiple injuries or fatalities.

After the conference, HSRs and the Safety Committee obtained an expert report showing serious damage to the inner core of the wire ropes. The culprit is out of gauge sheaves, which are crushing and destroying the inner core of the ropes – a problem that may affect all similar ZPMC cranes currently in operation. 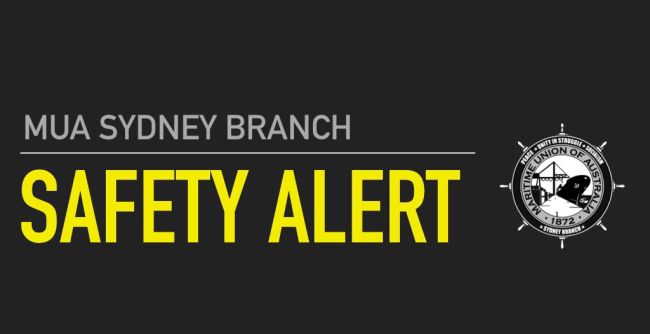 With this information, the workforce realised they were exposed to an immediate risk of serious injury or death every time they worked in the vicinity of these cranes. On Thursday 15 November 2018, work ceased on all affected cranes for a total of seven shifts. Since that time, members have taken action to deal with unsafe ropes in other Australian terminals including Fremantle and Port Adelaide. 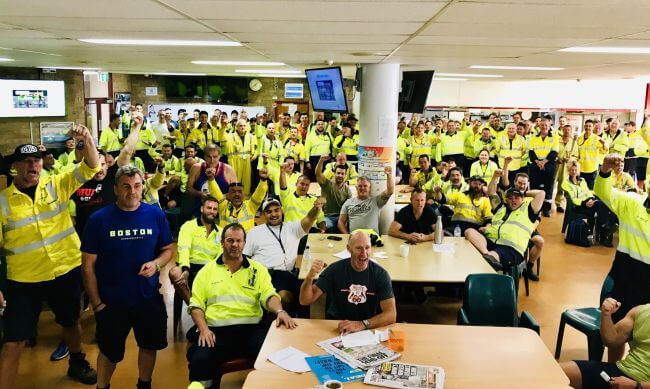 Despite the obvious safety issue, the company took action against the workers. Workers were subjected to legal threats and were all stood down without pay. The company sought s418 orders in the Fair Work Commission, suggesting this was unlawful industrial action instead of a genuine safety issue.

Despite this, members were resolute. They did not bend to management threats, intimidation or misinformation. After three days of action, with the support of the Branch, members achieved a successful outcome which will bring about a lasting improvement to safety in Port Botany.

What you need to know

Thanks to the resolve of members, the following was achieved: