The unexpected casualty of the MSC container ship Napoli in the British waters, five years ago, left an indelible mark upon the international container shipping sector.

Built in the early 1990s by the renowned South Korean shipbuilding conglomerate Daewoo, Napoli was originally christened CGM Normandie. After its maritime engagement under the MSC shipping conglomerate, the vessel was renamed to its present name, the MSC Napoli. 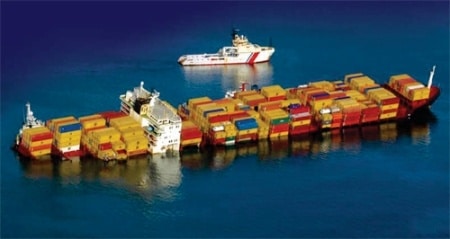 At the time of her accident, while the MSC vessel was flying under the registration flag of United Kingdom, it was originally registered under the French maritime flag. It measured almost 905 feet lengthwise, with a beam of almost 122 feet and a draft of about 45 feet. With a total capacitance of over 60,000 tonnes, the vessel offered speeds of about 24 knots.

Six years prior to the MSC Napoli disaster of 2007, in 2001, the MSC container ship suffered from a serious mishap as it was stranded near the waters of the Strait of Singapore. Though at that time, the vessel’s structural precariousness wasn’t specifically noted or monitored, the MSC Napoli accident of 2007, led to serious repercussions both for the vessel and for its engaging shipping company – MSC Shipping. 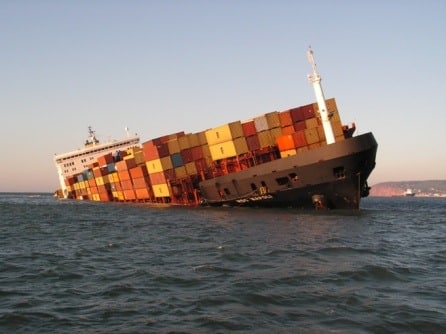 In the month of January in 2007, while voyaging through the English Channel, the rough and inclement weather conditions led to a structural collapse of the vessel’s torso. The accident occurred while the vessel was positioned near the waters of the Cornwall County and though there was an immediate response to the distress call, the weather prevented the successful towage of the ship to the harbour of the Dorset County and the ship had to be compulsorily set down in the waters of the Bay of Lyme. Prior to the compulsory setting down of the vessel at the Bay of Lyme, the original decision of the towage operators to carry the vessel to the Dorset dock was met with extreme scepticism as at the time of the accident, the MSC Napoli’s proximity was nearer to the docks at the counties of Falmouth, Devon and even Cornwall.

Following the structural collapse, the contained noxious oil within the ship’s holds had started to permeate into the waters, releasing highly contaminated and toxic materials into it. And though there was no loss of lives of the members aboard the MSC Napoli, on account of the set down location of the ship being a UNESCO World Heritage location, the aftermaths of the contamination were proved to be even huger.

Aftermaths and Repercussions of the MSC Napoli Disaster

While there can be no denying that all enforcements to prevent the large-scale spread of contamination in the waters surrounding the UNESCO World Heritage location was carried out, the cost of the salvaging and post-accidental clean-ups have been amounted to be enormous. However, even graver than these issues has been the speculation about the constructional aspects of modern-day container vessels in the world.

Experts argued in the wake of the MSC container ship disaster about the structural aspects that needed to be considered along with the vessels’ speeds and the amount of cargo containers laded atop it. The maritime authority DNV (Det Norske Veritas) carried out an in-depth analytical study on the MSC vessel, with a view to pinpoint the actual causes of the accident and the vessel’s structural capsizing in mid-sea.

The analytical study concluded that though the ship had been built with superior quality structural components, the lack of calculation of space and constructional provisos led to its unprecedented accident. Furthermore it also laid to rest, the claims that the vessel’s former accident in the year 2001 had no lasting implications in being the causation for this accident.

Following the MSC Napoli accident, the international shipping domain has started to provide more focus on the constructional aspects of the vessels. The nature and the relevance of the maritime domain, coupled with the precariousness of the marine ecology have reinforced the security and safety aspect in terms of vessels’ structuring and building.