Aiding the fishing trawlers to process their caught wares in the Southern Pacific Ocean is the ship Lafayette. The world’s biggest ship for fish processing, the Lafayette is operated by the Pacific Andes shipping conglomerate and is well-known as a former supplier for the Alaskan species of Pollock, which is used in the McDonalds’ fillet burgers.

At present, the processing vessel helps in the processing of the Jack Mackerel of the Chilean variety. The species, mainly consumed by West African population, is the seventh biggest fish species fished around the world. 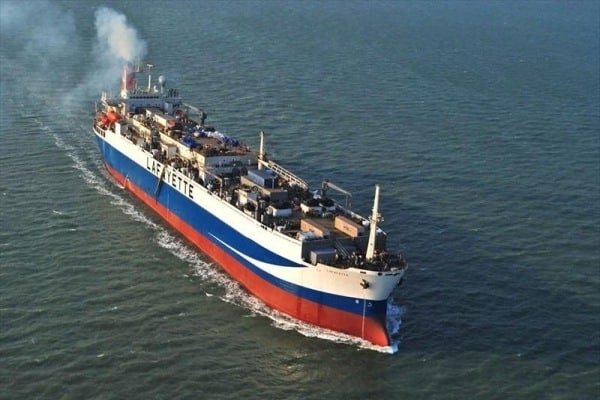 At any given point of time, the Lafayette, whose value is estimated to be around US$ 1 billion, is capable of processing and churning out around 1,500 tons of fish each day. Perennially at sea, the fish processing vessel offers a huge economic potential as it reduces the consumption of fuel by over 30 tons on a daily basis while foreshortening the mandatory requirement of a crew by nearly 300. 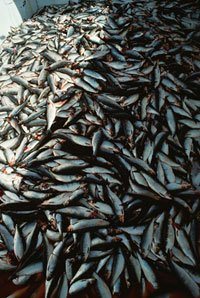 The functions of the ship are quite simple. The fishing trawlers come au courant of the processing ship with their caught wares and deposit them into the pumping posts built on the vessel. There are three such posts, of which two of them operate simultaneously, while the third is brought under operation only if the weather conditions are harsh.

Through these posts, the fishes are then re-directed towards a basal storage area with a capacity to store around 7000 tons of fish. All-in-all, there are 32 such basal storage areas, which are fitted with pumps and which use vacuity to send the fishes to the sequentially following processing stages.

Through the pumps, the fishers are channelised towards funnels, which then re-direct the fishes to the grading equipments. These machineries offer greater accuracy when it comes to sorting and grading the fishes – nearly six to 10 times better as compared to manual sorting – after which, manual sorting and grading is carried out in order to finally inspect the fish quality. The twice graded and sorted fishes are then deposited in the appropriate processing containers.

The next step in the process is the re-direction of these fishes to the freezing equipment (232 in totality) where, over 12,000 fishes are frozen at a single oscillation. Post this step, the frozen fishes are stored in cartons before loading them onto a moving ramp. Ramps with a capacitance of around 14,000 tons of fishes can be stored effectively at a temperature of -26 degrees in containers in the ship’s cargo section. Alternatively, the frozen cargo can be appropriately moved to the vessels waiting to carry the cargo to the coast for further utilisation.

Through the Lafayette, a systematic approach to the aspect of processing fish is achieved. For its utility and viability in the high seas, the vessel commands a necessary and noteworthy mention.