Borealis is a heavy lift construction vessel (crane vessel), which was launched in March 2010 and is used since then for numerous construction activities at the high seas such as installation of platforms, moorings, decks, and removal of platforms.

The heavy lift ship is owned by the Norway based shipping corporation Nordic Heavy Lift (NHL). The crane vessel was built in the Singaporean Sembawang shipyard by an auxiliary company of the Acergy Group. The Sembawang Company further subleased the construction to the Nantong Yahua shipyard based in China where the ship’s keel was laid. 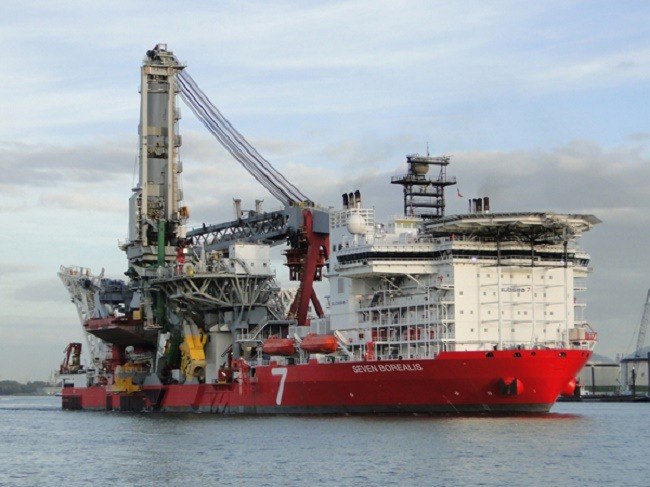 The construction of the Borealis follows the main vision and strategy of the company, to be the world’s leader in terms of crane ships of the single hull variety.

The features and the specifications of the HLCV Borealis can be enumerated as follows:

The crane of the ship which forms its most essential equipment is a 5000 ton apparatus. The revolving, mono-sparred equipment, the crane can penetrate the depth of the oceans for up to 1,500 metres. The crane has been specially made by the Huisman Equipment, a leading figure in the world for such equipments and accessories.

The main purpose of HLCV is to enable smooth and effective construction operations in the high seas. The use of such cranes has been carried since the 14th century in Europe. Over the years, technology has enabled for better construction of the cranes themselves making their usage far more reliable and viable as compared to the earlier centuries.