Any ship which loads liquid cargo in bulk has to have a proper loading arrangement. Conventional Tankers usually use flexible rubber hoses or reinforced composite hoses. Some terminals have loading arms for chemicals and clean products.

LPGs are loaded with either hoses or loading arms, and LNGs only through loading arms. This article mainly deals about the construction and operation of loading arms used especially for LNG carriers.

LNG, the fuel for future, is a cryogenic liquid which is usually loaded at any temperature below -159 degree Celsius. Normal steel loading arms or rubber flexible hoses cannot withstand such cryogenic temperatures. Thus, these are usually made of expensive special low temperature alloy which has a very good thermal expansion and contraction properties.

The picture shows some of the main parts of a Loading arm (hand arm). A terminal may have two to five arms which are used for different purposes. Usually two arms for loading and one for vapour return. 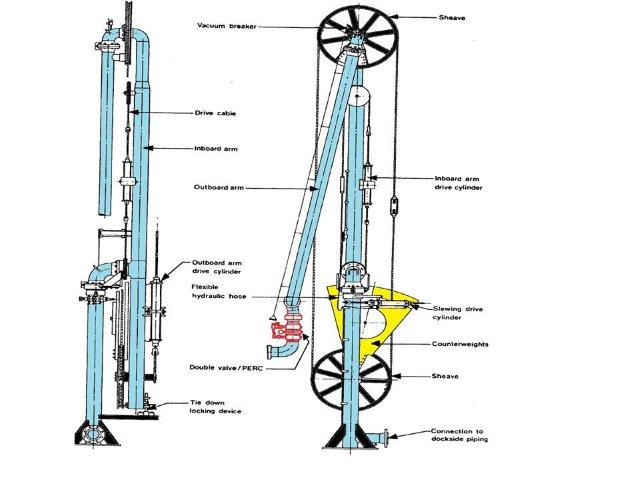 One important point is fitting of strainers between the loading arm and the ships manifold, which is not usually done in oil/product tankers.

The loading arm has two swivel joints one at the top and the other at bottom. The top swivel and sheave connects both inboard and outboard arms. The bottom swivel and sheave forms the assembly for slewing and shore side dock piping. 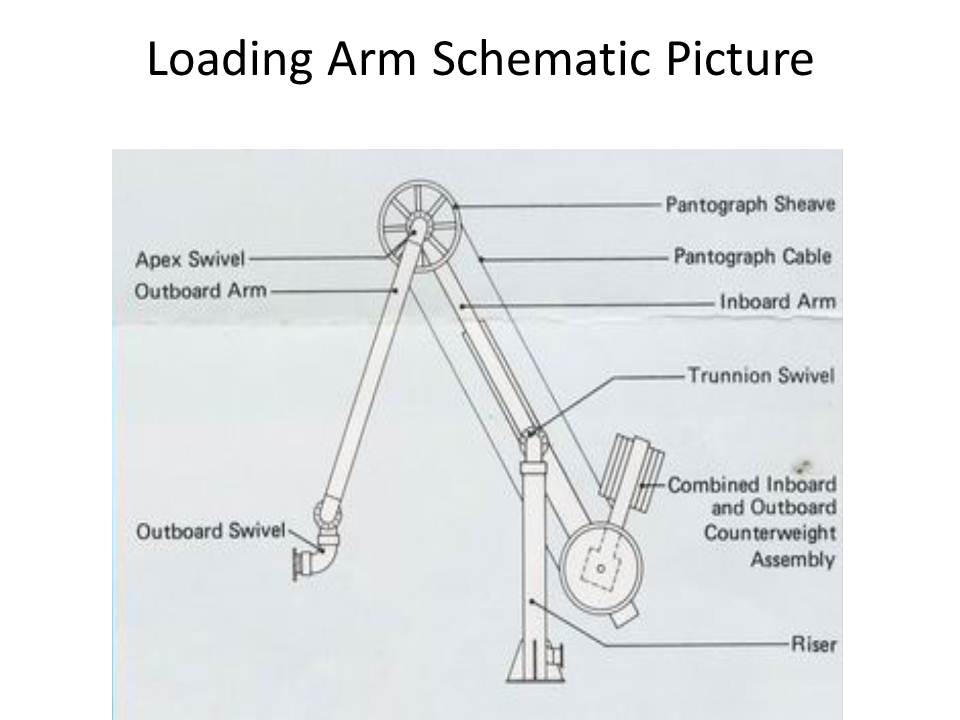 The bottom sheave and swivel incorporates some counterweights to reduce the dead weight of the arm on the ships’ manifold connection and to reduce the power required to manoeuvre the arm into position.

The connection between the loading arm and the shore side pipe flange may be of two types. One is simple bolted flange connections and the other is recent QCDCs.

The main advantage of the loading arm-QCDC connection is the addition of the Emergency release system, what is called as ESD-Emergency Shutdown. When there is any emergency situation during loading/unloading operation, ESD can be activated from multiple points which might cause the loading arm to break away immediately in a safe way to prevent further damage.

There are usually two ball valves remotely linked to the emergency shutdown system. Whenever ESD activates, these two valves immediately shut without any further damage to the cargo system and shore pipe works.

I was amazed. I didn’t know that before.