You are here: Home › Maritime Law › Rights And Duties Of Seafarers Upon Criminalisation
TwitterFacebookLinkedInPinterestBuffer

The practice of charging masters and ships’ officers, as well as other crew members, with criminal offences have resulted in creating widespread attention in recent years, both within and beyond the shipping industry.

Concern has focused in particular on a number of “high- profile” harsh cases in the wake of pollution and similar high profile incidents.

The use of the term “criminalization” in this context is perhaps an emotive one, but it reflects a widespread concern across the shipping industry that seafarers, in particular, and also the wider shipping industry, are being unfairly targeted by prosecutors.

For seafarers, the risk of facing criminal charges is an ever-present one as ships routinely operate within and across different national jurisdictions.

Indeed, the average ship built for foreign movement spends a greater part of its time in areas that are beyond the jurisdiction of any specific state.

Being subject to diverse criminal laws on a daily basis is not a situation that many workers have to face. In the circumstances, the need for seafarers to be able to rely on safeguards in criminal procedures, and defences in criminal laws, is high, whether they are facing criminal charges or in some other way implicated in criminal prosecution.

These criminalization has created an utmost fear in the mind of the seafarers towards their willingness to work in this industry.

The prima facie reason for this is the lack of awareness and training among the community of their rights and duties given to them by the different organization/legislation which they are devoid of in these cases.

To put this in perspective Seafarers’ Rights International (SRI) conducted a survey of seafarers concerning their experiences of facing criminal charges or being a witness in a criminal prosecution, and colleagues they knew who had faced criminal charges.

These facts showed that how the basic rights which are available to these seafarers are not being provided to them and on the other hand they themselves are not fully aware of their rights. 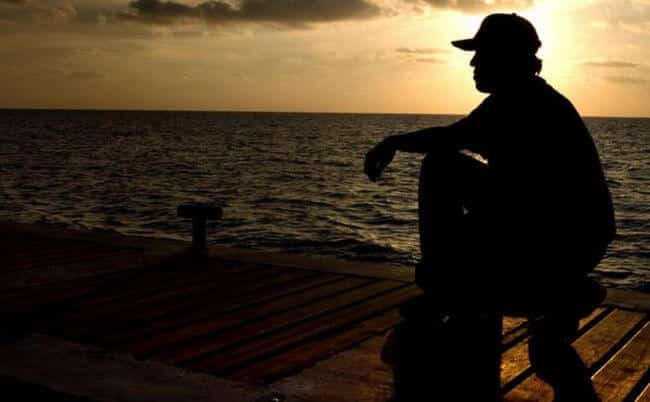 ● In a recent incident of the MSC Gayane case, the ship was raided on June 17, 2019, by the US Customs and Border Patrol (CBP) in Philadelphia. The raid follows the detention of MSC Desiree in March 2019 after 1,200 pounds of cocaine was found on board, again in the port of Philadelphia.

In the case of MSC Gayane, the ship was detained for nearly one month and released from US Custody on bail following the payment of $50m to the US Government. Its operator and the US Department of Justice agreed that in the event a judge decides to impose forfeiture on the ship, the ship will have 90 days to return to a US port. A major issue for the owners of ships in these circumstances is that the ship is seized and held by the government until the completion of the legal processes, which can take weeks, months or years.

● In a 2015 case, MV Hamal was stopped on the High Seas offshore Scotland and was found to be carrying 3.2 tonnes of cocaine. The master and the second in command were convicted of drug smuggling and the ship was forfeited and sold at auction.

Despite there is no maximum fine under the Misuse of Drugs Act 1971 for shipowners who are found with drugs on board, they would have to be found to be complicit in the crime for a fine to be levied, and the amount of the fine would be likely to be far less than in the US.

● Examples of not so high profile cases, but regularly occurring, which are usually “managed” locally and don’t hit the newsstand are :

Below are the Rights available to the seafarers in cases of criminalization and much needed to be understood especially in case of minor issues which are used for day to day harassment.

However, in major incidents often issues are more complicated and tend to involve various countries and jurisdiction and would need more in-depth study in next articles by us.

The rights are a collection of rights given to them from various statutes/legislation/guidelines like IMO 2006 Guidelines; UNCLOS (Art. 27, 217, 220, 223,226, 231,etc; European Convention on Human Rights; International Transport Workers Federation (ITF) etc.

Under the European Convention on Human Rights, for example, the institution of a legal aid scheme constitutes one of the means that a state may employ to guarantee the rights enshrined in the Convention.60 .

Here, a seafarer has the right to free legal assistance provided the seafarer does not have sufficient means to pay for legal assistance and the interests of justice require that he be given legal representation. The IMO Guidelines on fair treatment of seafarers in the event of a maritime accident, 2006 also gives the seafarers the right to have a free legal representative in case of a maritime accident/incident.

The IMO guidelines of 2006, mandates the port of arrest take steps to ensure, if necessary, that the seafarers have appropriate interpretation services.

Right of the seafarer to legal representation during pre-trial proceedings-

Right of the seafarer to communicate confidentially with his lawyer –

The International Standards and Recommended Practices for a Safety Investigation into a Marine Casualty or Marine Incident (“the Code”) is relevant to the reluctance of seafarers to cooperate with casualty and incident investigators. The application of the Code (except for Part III) is mandatory for states party to the Safety of Life at Sea Convention.
It states-

Preservation of the Basic Human Rights-

The port of arrest and the flag state must ensure/verify that adequate provisions are in place to provide for the subsistence of each detained seafarer, including, as appropriate, wages, suitable accommodation, food and medical care;

The arresting port and flag state must take steps to ensure that any investigation to determine the cause of a maritime accident is conducted in a fair and expeditious manner.

Right not to Self- incriminate-

The arrested seafarer has the right to remain silent during and after the accident takes place until he has a legal representative along with him.

The coastal state must ensure that seafarers are informed of the basis on which the investigation is being conducted (i.e. whether it is in accordance with the IMO Code for the Investigation of Marine Casualties and Incidents (resolution A.849(20), as amended by resolution A.884(21) or as subsequently amended), or pursuant to other national legal procedures);

The IMO 2006 guidelines give the right to the seafarer access to the consular officer and direct the port state to ensure that the obligations of the Vienna Convention on Consular Relations, including those relating to access, are promptly fulfilled and that the State’s) of the nationality of all seafarers concerned are notified of the status of such seafarers as required, and also allow access to the seafarers by consular officers of the flag State;

Right to communicate to the following parties-

The seafarers have the right to be given access to communicate to the following parties by the port state of arrest. They are-

-family members;
-welfare organizations;
-the shipowner;
-trade unions;
-the Embassy or Consulate of the flag State and of their country of residence or nationality.

The coastal state of arrest must take steps to ensure that seafarers, once interviewed or otherwise not required for a coastal State investigation following a maritime accident, are permitted to be re-embarked or repatriated without undue delay;

Right to get fund for repatriation-

It is the duty of the seafarers’ state to fund the repatriation of their national seafarers, where necessary, following the aftermath of a maritime accident in instances where shipowners and the flag State fail to fulfil their responsibility to repatriate;

The Seafarer state has the duty to take steps to ensure that all funds remitted by shipowners, the detaining State, or any other State for detained seafarers, or for support of those seafarers’ families, are delivered for the intended purposes.

Some Suggestion is given by the seafarers:

As it is evident by the SRI’s survey that most of these rights are not being provided to the seafarers upon arrest or they are aware of their rights completely. Few suggestions to eradicate this lacuna of rights on paper and its implementation, in reality, would be to –

● Informing all concerned Parties and stakeholders in case of arrest of Seafarer.
● All crew to be aware of their rights and to be informed about how to respond to such situations. This can be ensured by giving them training or formulating a separate course teaching them the various rights available.
● Apart from giving training to the seafarers, there should be course for the training and sensitisation of all stakeholders in dealing with such situations.
● Local Agents, if any, can assist the Seafarers at the time of the accident and during various proceedings.
● Providing legal assistance & psychological support to Seafarer at the time of the arrest. The seafarers upon arrest are traumatised by the arresting port. They need psychological support in order to conduct the trial properly.

Seafarers are calling for more information on the risks they are exposed to in relation to criminal laws, in particular in a context which they feel does not present uniform laws that they can easily access or know. These risks are protected in international and national laws, including free legal representation and fair treatment generally, but to a large extent, these protections are theoretical and illusory, rather than practical and effective. The industry needs a greater network of support from all the various stakeholders in the maritime industry if they do face criminal charges. This would include greater transparency, awareness and commitment which is the need of the hour.

What Happens When An Indian Seaman Deserts A Ship?