You are here: Home › Maritime Law › A List of Inspections And Surveys Deck Officers On Ships Should Be Aware Of
TwitterFacebookLinkedInPinterestBuffer

Periodic surveys and inspections of ships are carried out to ensure the safety and seaworthiness of vessels. With maritime laws becoming more stringent with each passing year, sea-going vessels have to go through a series of inspections in order to meet minimum requirements to continue sailing.

Annual surveys by classification society are a vital part of ship’s trading eligibility. Thus for a vessel to continue trading various periodical surveys and certifications by classification society are mandatory to ensure its continual compliance with International regulations and endorsement of the same. Various certificates require annual endorsement after the class surveyor verifies that the conditions, functioning and operational and maintenance requirements of the vessel are complied with. 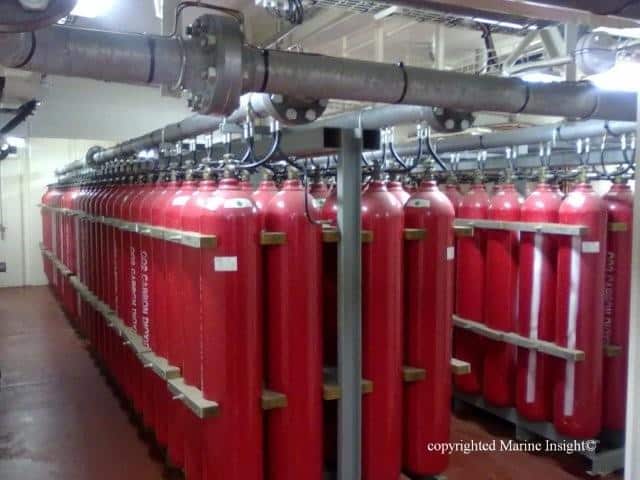 Annual servicing and inspection of equipment systems can be performed by various institutions such as accredited laboratory, service company, maker or manufacturer trained personnel, shore based maintenance provider, class approved service applier, and service personnel authorised by the flag.

The criteria for inspection are being laid by classification societies acting as recognised organisations on behalf of flag states so that requisite certificates are revalidated or issued in line with international regulations. Every flag has streamlined its requirements and thus accordingly the classification society develops a checklists of inspection program to harmonise the same.

An additional survey can be carried out after a condition of class has been imposed on a vessel or major failure in critical equipment has been detected which can endanger seaworthiness and safety of the vessel. Some examples are hull breach, propulsion or steering gear failure where vessel has to salvaged, after major steel renewal, systematic failure of safety measures leading to a major accident, malfunctioning of Oily Water Separator (or oil discharge monitoring and control system), or any condition under which a certificate issued by a classification society becomes invalid. Thus, after repair or remedial measure the classification society carries a thorough inspection/survey and thes reissues or re-endorses the certificate. 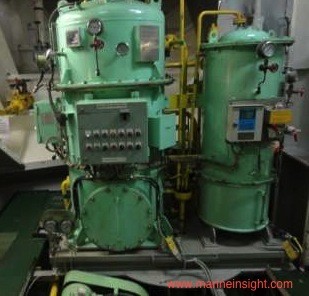 Dry dock surveys or intermediate surveys/ inspections are more extensive form of annual surveys in which several other functional, operational aspects and maintenance routines of shipboard equipment are verified. 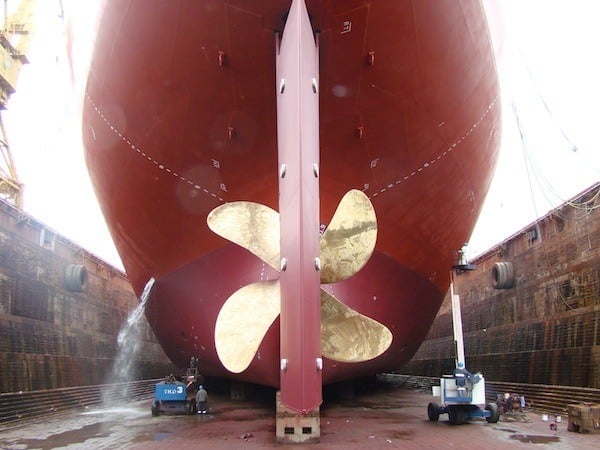 A safety construction survey will be focused on structural strength of the vessel. It will be assessed for any excessive corrosion of deck or hull, along with condition of watertight doors, bilge pumping and drainage systems, fire protection equipment and fixed and portable fire fighting equipment. Condition of steam lines on deck, anchors chain and cables, and means of emergency escape are also checked.

Prior assignment of load line to the vessel, a load line survey is carried out, during which, a vessel’s structural strength is checked for cracks or deformations in hull identified, various openings such as hatches, machinery space openings or any other openings on deck are watertight. Deck lines, load lines and draft marks are also painted. 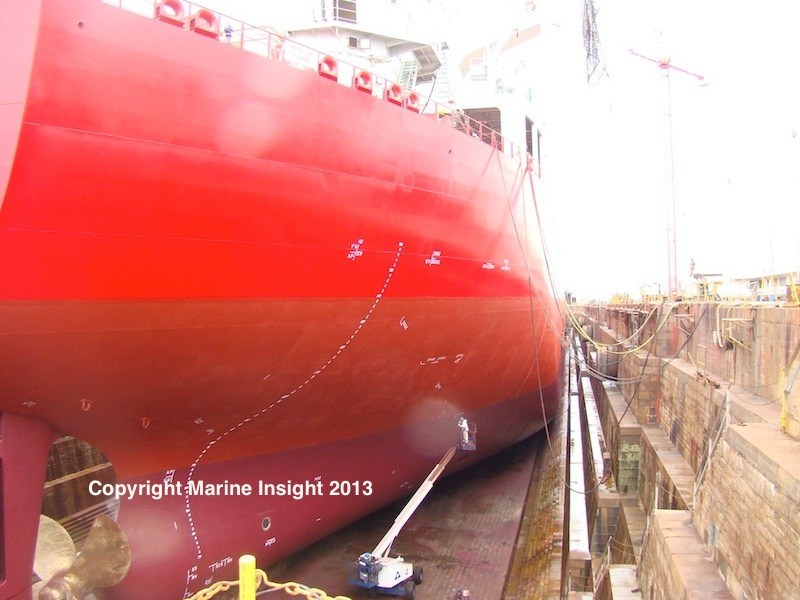 Classification societies often appointed as recognised organisations by flag states conduct these surveys and inspections, based on which flag authorises them to issue various certificates required as per SOLAS, MARPOL, Tonnage, MLC and various other international conventions.

Often a classification society has a matrix or a survey checklist which specifies checks, maintenance and inspection records for several shipboard equipment and appliances. The maintenance or inspection routines are as specified by makers or weekly, monthly, six monthly, annual or five yearly surveys depending upon the requirements laid down in conventions or circulars issued by IMO. A few examples of this can be Hydrostatic testing and inspection of emergency escape breathing devises(EEBD), annual examination of gangways and embarkation ladders etc.

The 5 yearly dry or dry dock surveys are the toughest of these in which a thorough inspection and testing as per the guidelines of classification society is being conducted.

Tanker and Gas industry owing to hazardous nature of cargoes they handle are often subjected to Terminal Safety Inspections. A terminal safety manager or representative visits the ship and ascertains safe operations as per terminal requirements. This is limited to operational readiness of safety and navigation equipment of the vessel along with propulsion and steering gear, and focuses mainly on the fact that the vessel is prepared to deal with an emergency- before, after and while the cargo transfer operations are conducted. Any deficiency found during the inspection might lead to rejection of the vessel or even unberthing to rectify the same. If any adverse remarks are reported the terminal may blacklist the vessel for further calls or operations.

International Management Code (ISM) for Safe operation of ships and pollution prevention lays down functional requirement for a Safety Management System to establish procedure for an Internal audit and management review, according to which an internal audit is being carried out by the ship managers, operators, bare boat charterers , or owners operating the ship or any third party authorised to carry out such an audit.

Thus the company carries out internal safety audits to verify whether safety and pollution-prevention activities comply with the safety management system. The audit verifies maintaining the condition of the ship and equipment between surveys, documented procedures and instructions such as following procedures with the help of company specific permits, checklists and instructions. It also incorporates checks to ensure procedures provided for safe navigation as well as operation and maintenance of several important and critical shipboard equipment.

Drills, safety familiarisation and training programs followed and documented onboard are reviewed and checked during internal audit. Procedures and documentation followed onboard for recording and reporting non conformities, accidents and hazardous occurrences are also verified against company guidelines issued.

Note: A very important point of concern often found during audits is non conformance with company procedures or using obsolete or old documents and forms onboard.

Audits have a provision of review through which shipboard management team can convey changes or review the procedures established by the company.

The External Safety audit or more popularly known as Annual ISM Audit by flag state is carried out on similar pattern as the internal audit. On basis of qualifying the ability to meet specific requirements for Safety and pollution prevention, a Safety management certificate is issued which is subjected to Annual verification, Intermediate Verification or additional verification. During an audit, designated crew members and officers are also questioned about familiarisation with shipboard equipment as well as company guidelines and policies regarding ISM Code.

OCIMF SIRE inspections or more popularly known as vetting inspections are well known in tanker industry (SIRE is Ship Inspection Report Programme). Its major goal is to expand the availability of ship inspection information. SIRE members have a prime objective to promote ship safety. On an average there are more than 600 SIRE inspections conducted per month. Oil companies International Marine Forum (OCIMF) has established a Vessel inspection Questionnaire (VIQ) for oil tankers and CDI checklist for Chemical tankers based on Chapters, of which, various areas of shipboard operations, management system and other requirements laid down are inspected and the results are uploaded on the SIRE website.

Port State Inspection is done by Administrations to verify that the foreign flag ships calling at their ports comply with mandatory rules and regulations. A Port State may detain a ship from proceeding to sea, if there are clear grounds of serious deficiencies concerning the operational requirements of international conventions (e.g. SOLAS, MARPOL).

Often port state enter into MOU, under which, they carry CIC’s or Concentrated Inspection Programme and set a target of particular number of ships calling the ports within their MOU regions and inspect them for a specific shipboard operation, procedure or equipment. For e.g. presently ongoing CIC by Paris and Indian Ocean MOU’s for Enclosed Space Entry procedures onboard.

A deck officer should thus always bear in mind that most of the inspections and surveys thus cover in detail regulations and procedures prescribed in various conventions such as SOLAS , MARPOL etc. along with further recommendations in codes such as ISM , ISPS , FFA , LSA code. Thus having an up-to-date knowledge of procedures and maintaining readiness of equipmens falling directly under his responsibility is the first checkpoint before any survey or inspection.

LCL Shipping – Everything You Wanted to Know

Rotterdam Rules – Redefining and Introducing the Electronic Bill of Lading
Want to share your tips and advice? Got questions? Visit the community forum to ask questions, get answers, meet people, and share your tips!