Optimal performance of the Oily Water Separator is dependent on the knowledge of certain factors such as design, operation, bilge management and maintenance etc. For more information, read what factors affect oily water separator on ships?

In this article we shall discuss the various operational factors influencing performance of the Oily Water Separator.

Correct operational knowledge is required for all machinery on ships to run properly and the Oily Water Separator is no exception. Marine engineers work with different types of Oily Water Separators through their sea career and each type has its own unique features. 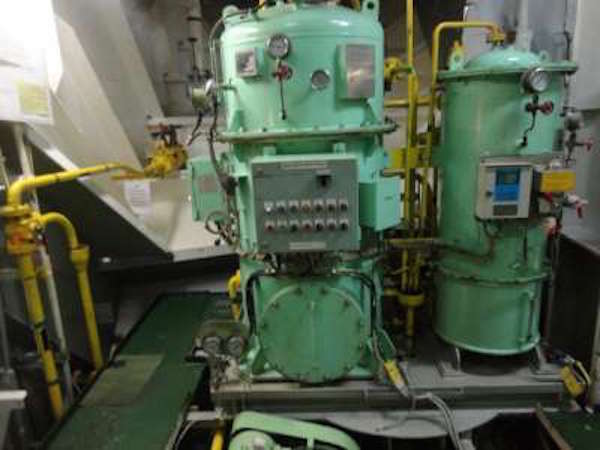 1. Avoid Emulsions: Emulsions are formed when the inter-facial tension between two liquids is reduced by certain means sufficiently to allow droplets of one liquid to disperse in another. Mechanical agitation, shearing forces, solvents, chemicals, surfactants and the presence of particulate matter can all reduce inter-facial tension and result in formation of emulsion.

4. Avoid suspended solids: Suspended solids cause stabilization of emulsion and cause problems in separation of the oil from the bilge water. Suspended solids can be mud, boiler soot and cargo residues sucked from the blowers. The suspended solids get coated with oil and stabilize the emulsion. Neutrally buoyant solids that neither rise nor fall are most troublesome as it is difficult to remove them. They also generate the high ppm alarm.

5. Avoid Turbulence: OWS needs laminar flow to operate optimally as per their design. Avoid using OWS in times of heavy rolling and keep all line valves fully open to avoid generating turbulence. Rolling motion, retrofitting on old pipelines and inadequate opening of the suction line valves can lead to turbulent flow inside the OWS with resulting fall in OWS capacity due to formation of emulsion. Sometimes due to turbulence some of the oil droplets become less than 8 microns and are affected by the random motion of the water particles. This random motion is called as Brownanian motion and it nullifies the forces of buoyancy and the oil drops fail to rise.

6. Avoid Particulate Matter: Fine particulate matter like soot, rust, microbial contamination of bilge water etc. also act as emulsifying agent. Although most of the soot of the boiler washing settles down in the bilge holding tank, fine soot particles (1μm or less) will give the bilge water a blackish appearance. These particulate matter will not only fool the ppm meter into activating the high ppm alarm but will also physically act as emulsifying agent

7. Optimal use of Chemicals: Sometimes it is required to use special chemicals called emulsion breakers to separate the oil from the water and release free oil. If emulsion breaker chemical is used, care should be taken that it is used as per the instructions given by the manufacturer emulsion does’t go worse. Sometimes putting more than the recommended amount can worsen the problem.

8. Restrict Drainage of Chemicals: Lot many chemicals are used in engine room for special purposes such as water conditioning, corrosion inhibition, rust removal, cleaning, degreasing etc. However care should be taken to collect these chemicals and disposing them properly. Allowing all kind of chemicals to run free into the bilges is not good housekeeping. More over the pH of water above 10 and below 4 can cause chemical emulsification.

9. Detergent Disposal: Detergents are used for mopping and soap washing of bulkheads and such areas. Generally these are the same detergents we use at home or ashore. These detergents act as surfactants and cause emulsion of oil in water. Disposing mop water separately or using quick break detergents would help significantly towards better separation.

10. Avoid prolonged storage: Prolonged storage of the bilge water causes modification in the nature of free oil. Normally oil water mixture when allowed to stand for some time (say 24 hours) separates into a layer of oil on top of water called as free oil. This free oil is easy to remove but long retention of the bilge water can cause modification in the properties of free oil due to oxidation and microbial action. If this modification occurs then it is difficult to remove the oil.

11. Do Proper Filtration: If there is large amount of solid particles, floating media, jute etc. in the bilge water, it should be properly removed using strainers to avoid fouling of the filter media.

12. Collect leakages: Ensure that minimum of oil reaches the bilge wells and if the oil quantity is more in a mixture (of oil and water) put it in separated oil tank.  Always remember that the Oily Water Separator is not a purifier.

13. Heat the influent:  Heating the influent reduces the viscosity of the continuous media causing better separation.

14. Segregation of Wastes:  Do not mix sludge and bilges. Even a bit of sludge can contaminate large amount of bilge water. In some ports even discharge of treated sewage is not permitted due to local regulation and therefore in absence of dedicated sewage holding tank, treated sewage is put in bilge holding tank. This should be avoided as it would be impossible to run the Oily Water Separator thereafter without cleaning the tank.

15. Fill up OWS prior use: Prior to operating the OWS and allowing the bilge water to enter always ensure that it is filled up with clean water and all air pockets have been removed. This is important as air pockets can confuse the capacitive sensors and can make automation go haywire.

16. Back Flush: Back flushing of the OWS should be done as per the recommended frequency given by the manufacturer if there is a provision for doing so as increases the life of the filter media.

18. Remove Accumulated Oil: Apart from the automated oil removal any other accumulated oil should be removed from the OWS chambers regularly. 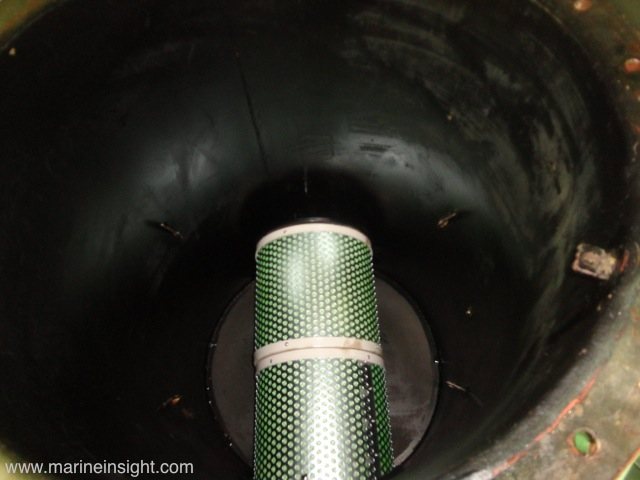 20. Proper OWS Maintenance:  Needless to say proper maintenance of the OWS as per the instructions of the manufacturer would keep it ship shape.

How to Operate an Oily Water Separator (OWS) on Ship?

What Factors Affect Separation in Oily Water Separator on Ships?