Not so long ago, explorers risked their lives and the lives of their crews in search of the fabled Northwest Passage. Now the question is no longer if a route through the Arctic exists but how many ships will use the two routes now open each year along the northern coasts of Canada and Russia. Estimates for the possibility of making truly ice-free transits range from a few years to a few decades, but in the meantime, as evidenced by the hundreds of applications in 2012 and 2013 (495 successful applicants as of September 2013 to transit Russia’s Northern Sea Route, up from zero a mere five years ago), plenty of folks are willing to risk a little ice in pursuit of shorter shipping routes that were the goal of explorers since even before Lord Franklin’s famously lost expedition.

Herein lies the complication: The transit distance for a ship through the Northern Sea Route (NSR) along Russia’s Arctic border is shorter than the route through the Suez Canal. A lot shorter—as much as two weeks shorter, as the Yong Sheng demonstrated early last month. The route through the Northwest Passage (NWP) in the U.S. and Canadian Arctic can shave 1,000 nautical miles off a trip that would otherwise go through the Panama Canal, equating to $80,000 in fuel cost savings. Ships sailing through the NWP can also carry larger cargos without the depth restrictions, as the Panamax ship Nordic Orion, the first freighter to transit the NWP, showed with a full 75,000-ton cargo of coal (15,000 tons more than could pass through the Panama Canal),* also this past September. The shorter northern routes mean that vessels can use less fuel and therefore emit less CO2 while transporting more goods. They also must transit at slower speeds because of the harsher conditions, which only increases efficiency.

On the flip side, however, when ships move at slower speeds with higher variability in engine load, they produce more particulate emissions—like black carbon—since the engine is operating below its optimum combustion efficiency. A recent report estimates increases in black carbon concentrations of 50% from shipping in the Arctic by 2030. As black carbon deposits on snow and ice, it reduces the sunlight reflected, increasing heat absorption and the rate at which snow and ice melt. This, in turn, exacerbates the already accelerated warming of the Arctic. In short, more vessels transiting Arctic shipping routes may reduce long-lived greenhouse gas emissions only to increase emissions of short-lived climate pollutants in an already delicate environment.

But there is a way out of this dilemma. Technologies exist to treat exhaust gas from ships to help remove sulfur oxides, nitrogen oxides, and particulate matter, such as black carbon, which are the main airborne threats to a healthy Arctic environment from shipping. Scrubber technologies, liquefied natural gas (LNG), and diesel particulate filters (DPF), combined with the established use of low-sulfur fuel could reduce emissions of black carbon (and other pollutants) anywhere from 40% to 90%. Decreasing black carbon emissions from in-Arctic shipping by 70% in 2030 would result in a 60% decrease in black carbon radiative forcing, directly benefiting the Arctic. These technologies and fuel-use practices could become elements of an emission control area (ECA) for the Arctic, similar to what is already in place to control SOx in the U.S., Canada, and parts of Europe.

Additionally, implementing fuel restrictions, such as a ban on the use of heavy fuel oils (HFOs), is already a point of discussion as part of the Polar Code within the International Maritime Organization—and a matter of particular concern, given the recent tanker collision along the Northern Sea Route. While the Arctic Nations recently signed an Arctic Spill Response Treaty, the ability to respond to such an event is limited at best. 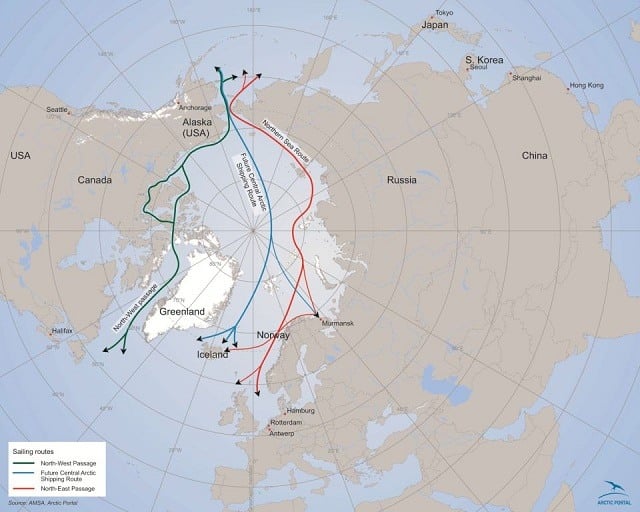 Despite the availability and proven effectiveness of technologies such as scrubbers, DPF, and low-sulfur fuel, they are not currently required aboard vessels transiting the Arctic or in near-Arctic waters. That is not to say that the dangers of black carbon have not been recognized; rather that the decision to do anything is moving significantly slower than the rate at which the ice is melting. In 2009, the Arctic Council released its Arctic Marine Shipping Assessment report (AMSA), which states, “The release and deposition of black carbon in the Arctic region is of particular concern because of the effect it has on reducing the albedo (reflectivity) of sea ice and snow”. In 2011 the report to the Arctic Council ministers re-confirmed, “mitigating in- or near-Arctic sources will have a greater Arctic climate impact than the size of these sources alone would indicate”. The International Maritime Organization (IMO) has pursued a Polar Code but has yet to incorporate restrictions for the burning of heavy fuel oil, or mitigation of black carbon emissions. Most recently (2013), the Marine Environmental Protection Committee decided the issue of black carbon would remain at the subcommittee level awaiting the conclusion of work on definition, measurement, and control options begun in 2011. Black carbon remains outside the scope of the subcommittee tasked with revising the Polar Code, and regulatory progress has yet to be made. The United States released its Strategy for the Arctic Region in May of 2013, which states that “uncoordinated development and the consequent increase in pollution such as emissions of black carbon . . . could have unintended consequences on climate trends,” but a U.S. strategy to manage vessels or emissions from vessels in the Arctic has yet to emerge. Meanwhile, Arctic sea ice extent reached an all time record low in September of 2012 and on Sept 13, 2013 reached its 6th lowest coverage on record reinforcing the long-term downward trend in Arctic sea ice extent. 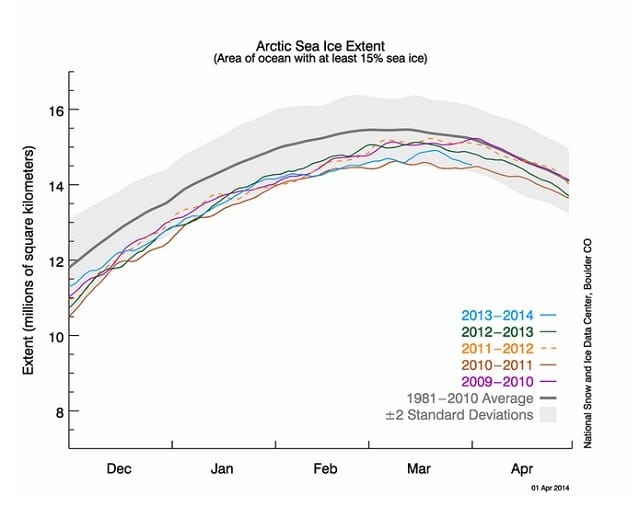 As nations and international organizations start to take a hard look at implementing strategies to manage the Arctic environment, balancing economic and transportation expansion with environmental protection should be a serious consideration. The environmental impacts of shipping can be managed in a way that complements and supports international trade and commerce. But left unregulated these impacts will have adverse and unnecessary consequences. In light of the cost-effective technologies and strategies in wide use already in other parts of the transportation sector, international shipping should be required to adhere to the same environmentally responsible measures. After all, if companies transiting the Arctic shipping routes are going to boast of environmental benefits from reduced emissions, shouldn’t we be sure those benefits are real?

* Update: the original version of this post had 15,000 tons as the full cargo of the Nordic Orion, rather than the additional weight of cargo it could carry by taking the northern route rather than passing through the Panama Canal.

Alyson Azzara is a member of the marine program team. Previously, as a Sea Grant Knauss Fellow, Alyson worked with the Committee on the Marine Transportation System on issues of environmental stewardship and ocean policy supporting U.S. Departments and agencies engaged in marine transportation and security. Alyson holds a Ph.D. in Marine Biology from Texas A&M University at Galveston and an MSc in Oceanography from Texas A&M University. Her dissertation focused on bioacoustics and the impacts of noise from vessels on the marine environment.

The article was first published at The International Council of Green Transportation and has been reproduced with the permission of the author.