You are here: Home › Green Shipping › Vision for 2040: A Plan to Mitigate Shipping Industry Emissions
TwitterFacebookLinkedInPinterestBuffer

A lot of efforts are being made to ensure that the future of the international shipping industry is stable and impervious to any volatility prognosticated. One such important endeavour is the Sustainable Shipping Initiative (SSI).

Launched in the year 2010, the SSI is the coming together of the major players in the international shipping sector. This includes not just shipping companies but also organisations which have pledged themselves to ensure an environmentally safer, sounder and viable shipping industry. 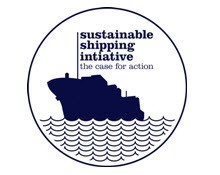 Each party to the initiative contributes in the specific area of interest pertaining to the party. For instance, conglomerates like BP, Maersk and IMC offer expertise relating to the operation viabilities of the initiative while ABN Amro offers the support of financial expertness required.

The initiative has been launched in four levels which can be detailed as follows:

According to statistics, it has been revealed that the marine cargo transference and transportation contributes to about 90% of the economy worldwide. On account of this valuable nature of the industry and after due consideration of the threats and challenges posed to the sector, major international marine conglomerates have come up with the Vision for 2040 program.

As per the directives and objectives of this program, the following are sought to be met by the pre-determined year:

–          Offering a better and resounding clarity in the business working modules

–          Ensuring a continued effort towards the sustenance of the marine areas

In order to attain the aforementioned objectives, the sustainable shipping initiative venture has identified four main areas that it seeks to focus on. These four areas, referred to as ‘work streams’, can be elaborated as follows:

Post the setting of objectives for the Vision for 2040, a regular monitoring of the performance of the same has also been initiated. Through such an endeavour, it has been made possible to ensure that the program viability does not face any problems.

Shipping companies have taken a whole-hearted interest in this initiative which projects their desire to look beyond the basic motive of generating profits to a world that amplifies long term ecological soundness.

You may also like to read:  Green Environmental Program   Port 2060 Project