Over half-a-decade ago, on the sixth of November 2006, an incident occurred that shocked the maritime world and whose repercussions are still being felt in one of the most important harbour cities in the world.

Toxic waste dumped by the tanker ship Probo Koala in and around the city of Abidjan in Ivory Coast led a huge wave of toxicity throughout the city, impacting the aspects of maritime safety while raising issues about environmental concerns, yet again.

The Dutch shipping conglomerate Trafigura was engaged in a contract with a Mexican-based refining industry to supply petroleum and other crude oil. However, contrary to the fortified reputation gained by Trafigura, its engagement contract with the Mexican refining plant was stipulated to be dubious. This was mainly on account of the almost-nefarious practices employed by the latter and also because of the non-compliances of several important maritime procedures pertaining to the primary component – petroleum. 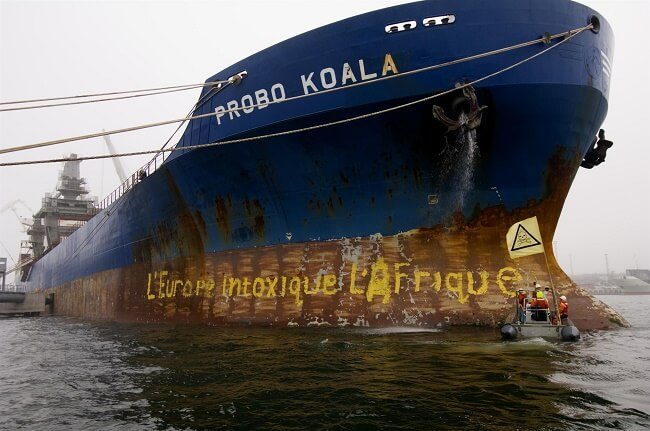 The Probo Koala was engaged by the Dutch shipping conglomerate Trafigura in order to carry out the supply of the petroleum-based product, which required several processing to formulate the naphtha solvent. As per the stipulated maritime requirements and prescriptions, such formulations were expected to be carried out at well-known refining plants so as to eliminate all possible threats of contamination. Trafigura however opted for a seedier route and engaged in formulation processing within the Probo Koala itself.

The resultant waste accumulation required appropriate disposal in the right fashion. There again, though Trafigura rightfully approached the authorities at the port of Amsterdam, the apparently steep costs allowed them to reconsider their residuary waste disposal options. Consequentially, the company decided to handle the residuary disposal to an external subsidiary company – Compagnie Tommy – to oversee the disposal procedures.

Following this handing over of the responsibilities, the ancillary company decided to unload the residuary waste from the toxic ship in the Abidjan harbour. Thereafter, Compagnie Tommy, forwarded the disposing responsibilities to various other ancillary disposing units, which without any care, disposed of the residuary material throughout the city.

Light was shed on the happening only after people started to complain of headache, nausea and other symptoms along with a peculiar decayed smell. And though not many lost their lives because of the negligence, ill-health among the citizens persisted that resulted in a widespread call for action against the Dutch shipping corporation. 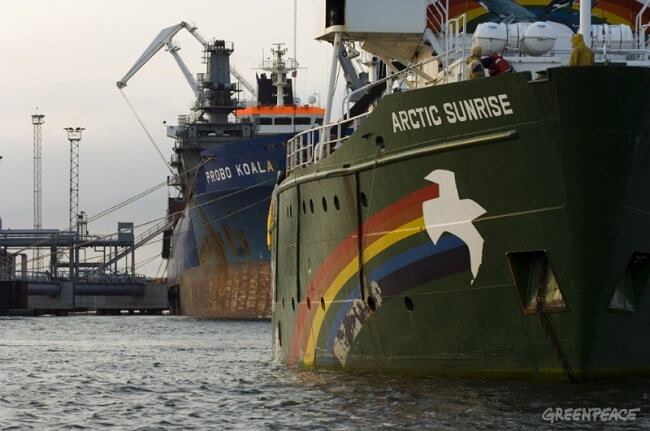 The results of the unloading of the residuary toxic components were initially slowly felt, but in the ensuing weeks, the citizens of Abidjan realised about an unprecedented epidemic-like scenario befalling their city.

From the start, Trafigura maintained its claim of being unaware of these happenings and thorough fulfilment of commitment – professional and moral – from its side. However in the wake of many pinpointing by many critics and following the unearthing by a law corporation based in Great Britain, Trafigura accepted to pay a monetary recompensing of one billion pounds to the wronged parties.

In the following weeks, several reports had emerged that the engaging of the external corporation to dispose the residuary toxic waste, was in fact a sham and that Trafigura was indeed responsible for the gross ineptitude, fearing huge costs of disposal treatment. Two years ago, in the year 2010, Trafigura was penalised with a one million euro penalty for breach of compliance responsibilities, though the conglomerate still claims to be in the negative for purposeful non-compliance.

Separate investigative operations carried out by the Ivory Coast authorities and by law firms engaged by the Amsterdam government officials proved that several Ivory Coast officials were responsible for the toxic component being disposed of in the city. In the case of the latter, it was concluded that the Dutch city administrators were careless about the fulfilment of the responsibilities in terms of waste dumping treatment.

In the year 2009, the company engaged its own investigative reportage which concluded that a vast exaggeration had been carried out in terms of the details provided by various news and media houses about the incident. Following the reports that emerged, several noteworthy media houses were forced to retract their earlier stories, that misspoke about the extent of the injuries and the damages caused to the local public by the tanker ship Probo Koala.

In the aftermaths of the toxic ship incident, when the vessel was towed to the well-known ship breaking yard at Bangladesh (Chittagong), the Bangladeshi authorities facing detrimental repercussions of the incident did not agree to the vessel being scrapped off in the yard. Resultantly, the Indian ship breaking yard at Gujarat, was picked out as a viable alternative to achieve the purpose of scrapping the ship.

The Probo Koala was an unwanted reminder to ensure the safeguarding of the prescribed maritime rules and regulations. Though several more regulations, some even more stringent have emerged, it’s ultimately up to the shipping conglomerates to value the worth of such prescribed rules and stipulations and honour them completely.