A container vessel was down-bound at about 16 knots in a confined river waterway. A helmsman was executing helm orders in Full Follow Up (FFU) mode and the OOW was on the bridge assisting the two pilots, one of whom had the control.

Soon after a course change, once the vessel was steadied up, the vessel’s head began to veer to starboard. The pilot with the con mentioned this to the other pilot. The helmsman then said ‘Not working,’ which was understood by the pilots to indicate a steering failure. 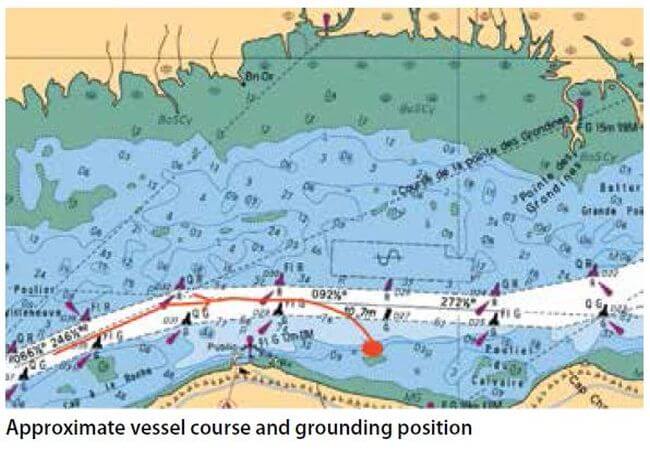 One of the pilots repeated the order ‘Follow-up’ to the helmsman many times in quick succession. As the vessel was already in ‘follow-up’ mode, the helmsman did not take any action with the helm mode selector. Meanwhile, the other pilot asked the OOW to call both the Master and the engine room to report the failure of the steering gear. One of the pilots then selected non-follow up (NFU) on the steering mode control switch at the helm station. The OOW informed him, ‘This is non-follow-up, sir.’

The pilot then activated the handle of the override tiller, placing it hard-a-starboard, but under the impression it was hard-a-port. He did not know that the tiller was installed such that when moved to the right, the red part of the indicating disc would illuminate, even though the rudder went to starboard (see diagram below). The pilot then ordered ‘Hard to port’ and that the main engine should be stopped. The Master was soon on the bridge, while the chief engineer, who had just arrived in the engine control room, observed that the rudder angle indicator was at 35° to starboard (hard-a-starboard).

As the vessel was exiting the navigation channel, the OOW noticed that the rudder was positioned hard-a-starboard and brought the handle of the tiller to the left; the rudder then moved to 35° to port (hard-a-port), and the ROT diminished. Shortly, the vessel started to veer to port but it was too late to prevent the vessel from running aground.

The official investigation found several contributing factors to the grounding but also found, after extensive testing, that no steering gear failure had actually occurred. Some of the factors included:

The vessel initially veered off course to starboard due to the helm likely being inadvertently placed 10° to starboard by the helmsman.

The ambiguity of the verbal exchange between the helmsman and the pilots led the pilots and the OOW to incorrectly conclude that there was a steering gear failure. No immediate action was taken by the bridge team to verify the functionality of the steering gear once a system failure was assumed. The crew did not immediately switch to non-follow-up mode because the pilot mistakenly issued the order to use follow-up mode, the mode they were currently using. 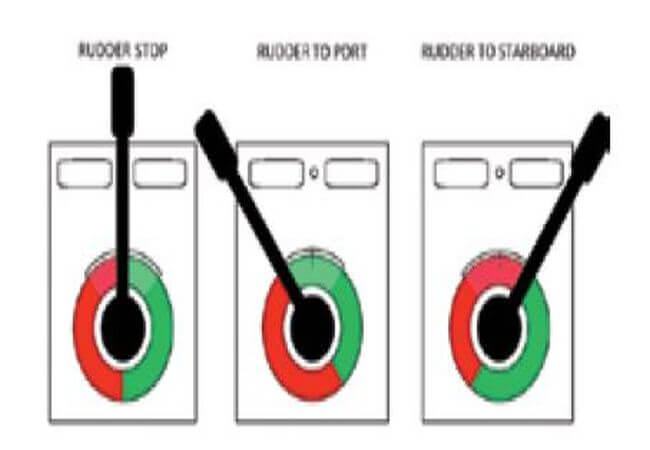 The helm tiller was not installed in accordance with the manufacturer’s specifications, nor was it consistent with internationally accepted standards. Because the pilot was unfamiliar with the particular ergonomics of the installation he unintentionally put the rudder hard-a-starboard instead of hard-a-port.

– Navigating in a restricted waterway and losing steering, or even assuming you have lost steering, can be stressful and cloud your judgement. As a first reaction, switch quickly to NFU and watch the rudder angle indicator, as well as the ship’s heading, for rudder functionality.
– While actual steering gear failures do happen and result in groundings, others have occurred due to an inopportune reaction to an assumed failure, as in this case.

Real Life Accident: A/B Falls And Gets Injured During Crane Maintenance
Want to share your tips and advice? Got questions? Visit the community forum to ask questions, get answers, meet people, and share your tips!