A bulk carrier weighed anchor and, with two pilots on the bridge, proceeded towards the port approach channel at a speed of about 3kt. Due to the westerly set across the channel entrance, the vessel’s heading was adjusted to keep to east of centre of the dredged channel. This was well intentioned given that the vessel had experienced a minor bottom touching at the western side of the entrance on the first, unsuccessful, attempt to enter the port the day before. While the Master oversaw the operation the OOW operated the engine telegraph and monitored the vessel’s position using radar parallel indices. The helmsman remained at the steering stand.

As the vessel passed between No. 3 and No. 4 lateral markers on a heading of 163˚ at nearly 5kt there was an exchange between the two pilots about an alteration of heading to starboard. During the exchange, the pilots gave different starboard helm orders, which prompted the helmsman to seek clarification from the Master. The Master told the helmsman to follow only his orders. Seconds later shuddering and heavy vibration was felt on board and the vessel’s speed reduced for a few seconds to less than 3kt.

Although the bulk carrier was thereafter safely berthed, a dive inspection identified a series of splits, deep indentations and buckling of the shell plating on the port side that required drydock repairs.

Some of the report’s findings include: 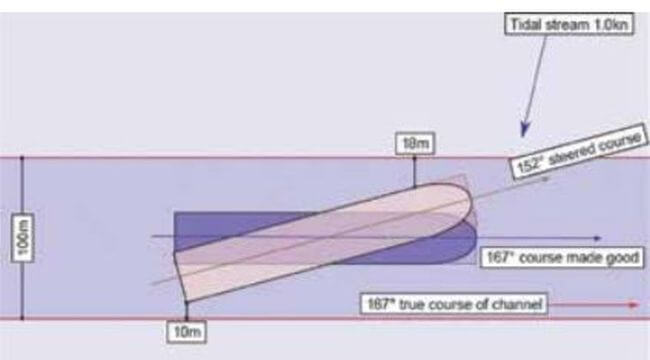 How to do Intentional Grounding or Beaching of a Ship?