A container vessel was inbound to port and approaching the pilot boarding area. In preparation for the pilot some deck crew were preparing the accommodation ladder. Winds were relatively light at near 10 knots with a swell of about one metre. The bosun asked the deck trainee to fetch some buoyancy vests. When the trainee returned he saw the bosun had already removed the lashings and lowered the accommodation ladder to below the main deck level. The bosun had walked more than halfway down the ladder and was crouched down trying to lift the outboard handrail from its stowage position.

The deck trainee then saw the bosun lose his balance and fall into the sea. The bosun was wearing a safety harness and fall arrestor, but as his body weight came on the safety harness fall arrestor line, the wire to which the fall arrestor was attached parted. The deck trainee immediately called the bridge on his VHF to report the incident. Another crew member threw a lifebuoy overboard; the bosun was seen trying to swim an estimated 10-15 metres to the lifebuoy. 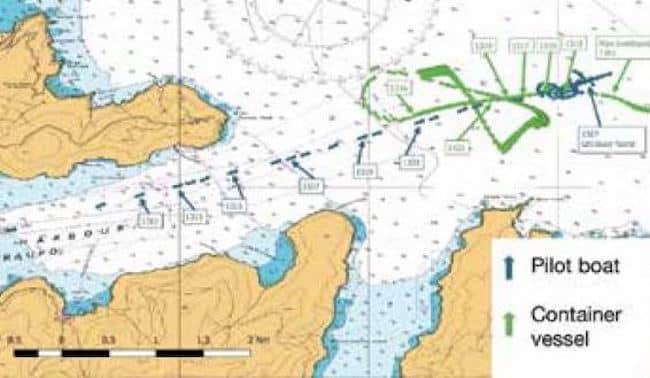 The official investigation found among others that: