The vessel was moored port side to the berth. It departed in darkness and under pilotage with the assistance of three tugs, two made fast and one on standby. The vessel came clear of the berth and started turning to starboard to enter the channel.

A few minutes later the vessel’s rate of turn slowed and the bridge team realised that the vessel had moved further south than desired, very close to shallow water. At the same time the echo sounder indicated almost zero.

With the assistance of the tugs the vessel was brought north and continued the transit of the channel without further incident.

All tanks were sounded during and after the transit of the channel and engine and rudder movement tests were carried out. No water ingress or abnormality was observed so, with the accord of Class, the vessel continued to the next port where an underwater inspection was to take place.

The company investigation found, among others that: 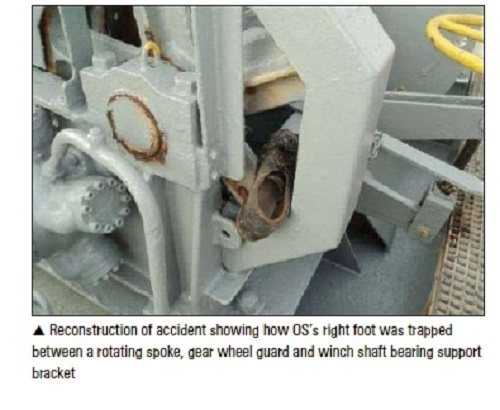