A high temperature alarm sounded for the freezer. The chief engineer went to investigate. On opening the main door he could smell burning and he saw flames coming from the back of the freezer. He activated the alarm nearby, called ‘fire’ on the radio, and fought the blaze with a dry powder fire extinguisher. The fire attack team soon arrived and took over extinguishing operations. There was no significant damage apart from some food and boxes.

The investigation revealed that the heating element, which is coiled around the drain pipe, had become damaged over time and was touching nearby boxed stores. When the freezer went into defrost mode, which it does automatically twice a day, the heat ignited a box or the packaging that was in contact with the coiled element. The vessel was about 10 years old and the freezer defrost had been operating in this way since new. 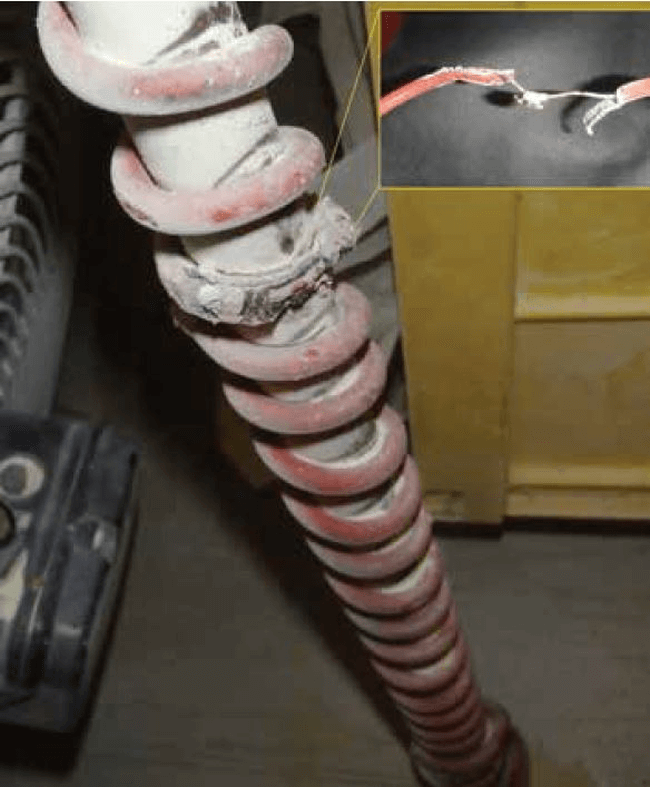