Home » Case Studies » Real Life Incident: On The Bridge But Not On The Job Leads To Collision
TwitterFacebookLinkedInPinterestBuffer

A car carrier in ballast was making way at about 20 knots in good visibility (approximately 12nm) and light winds. As the vessel approached a major shipping lane it was observed that the traffic density was getting heavier. Two radars were set in relative motion on the 12nm range scale with an off-centred display. As a consequence, both radars were scanning approximately 18nm ahead. Another radar, also off-centred, was on the 6nm range scale. Apparently, no collision warning alarms were programmed on the ARPA sets.

In the afternoon, the OOW was alone on the bridge and immersed in the task of planning the next voyage on paper charts. Several vessels were within visual and radar range, including Vessel A. At one point, the OOW interrupted his chart work to make a minor course alteration of 3° to starboard on the autopilot. He then returned to his chart work, apparently unaware of vessel A approaching on his starboard side. 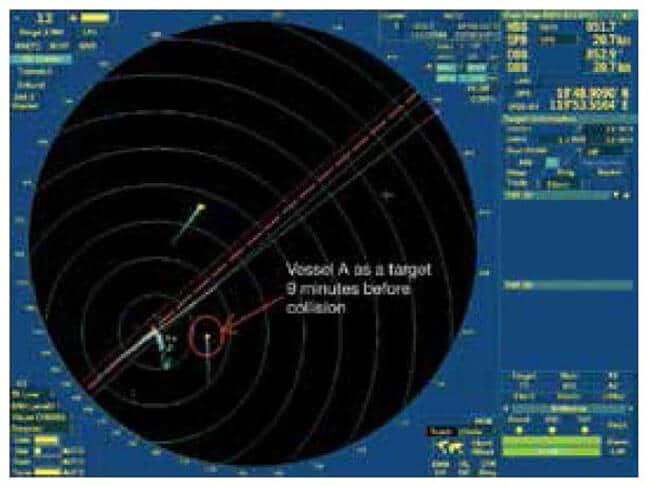 About 17 minutes after making the minor course alteration the noise of the collision with Vessel A brought him to his senses. The official investigation found, among other things:

1. It is prudent to have a dedicated lookout at all times when in congested waters .

2. As an OOW on a vessel underway, your primary job is to navigate that vessel in a safe and efficient manner. Accomplishing extra duties, as in this case, or allowing yourself to be distracted by mobile phones or irrelevant conversations with crewmates while navigating, will eventually lead to no good.