On a medium-sized fishing boat with a crew of 17, one of the crew retired to his sleeping quarters after supper. The cabin was shared with three other crew members, but on this night he was alone because the others were working on deck.

About an hour after supper, smoke was seen billowing out of an accommodation ventilation fan. The alarm was raised and a few crew were able to access the cabin where the seat of the fire was presumed, which was the same cabin where the crew member had retired after supper. They switched off the cabin ventilation, threw a wet towel on the seat of the fire and pulled the unconscious crew member from his bunk. Fire extinguishers were subsequently used to put the fire out.

Meanwhile, the victim was taken to an area clear of smoke and resuscitation manoeuvres begun. Unfortunately, the victim did not respond and was declared dead from carbon monoxide poisoning once at the hospital. 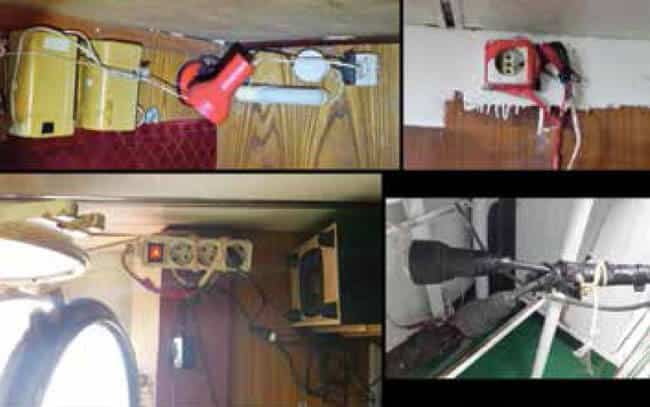 The fire was caused by a household type fan heater that was used to dry the working gear of the crew in the cabin. The investigation also documented many areas in the vessel with ‘home-made’ and octopus connections as well as other electrical anomalies.

Real Life Accident: Crew Member Crushed By Cargo Grab
Want to share your tips and advice? Got questions? Visit the community forum to ask questions, get answers, meet people, and share your tips!