You are here: Home › Case Studies › Real Life Incident: Collision Of Ships Occur Due To Fog, One Vessel Sinks
TwitterFacebookLinkedInPinterestBuffer

A loaded bulk carrier, vessel A, was heading 022° in very restricted visibility. The Master and Chief Officer (CO) were in the wheelhouse with a helmsman and lookout. The engine was put on stand-by and the vessel speed was reduced from 13 to about 11 knots. The bridge team noticed a vessel (B) on the radar at a distance of about six nm on a near reciprocal course approaching at a speed of six knots.

About this time the CO called vessel B on VHF radio and agreed to a port-to-port meeting, although the communication was hampered by language difficulties and ambiguous statements. Soon after the Master of vessel, A ordered a course of 060°. 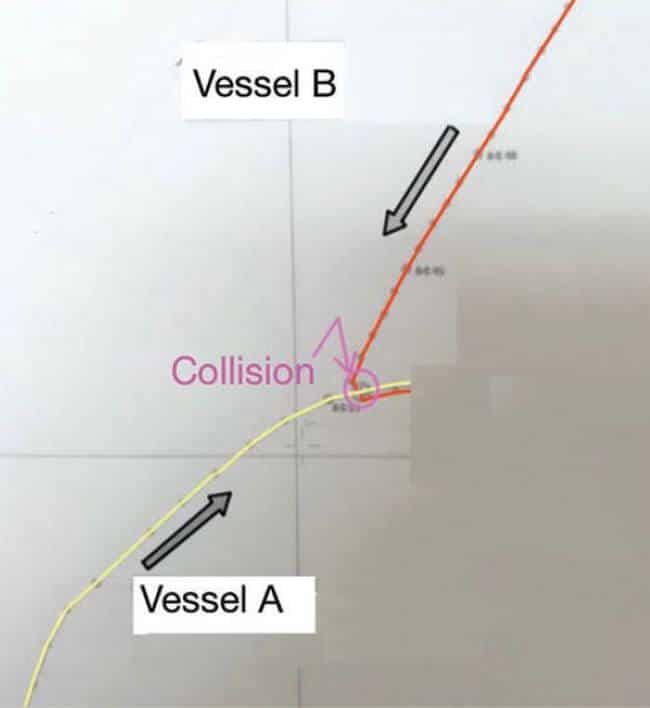 A few minutes later vessel B started turning to port, instead of turning to starboard as was expected for a port-to-port passing. The Master on vessel A ordered 070° and then 080°. Shortly thereafter a green light was spotted ahead and they felt the vibration of an impact. The engine was stopped and the alarm sounded. Once the vessels disengaged, vessel B sank while vessel A had water ingress into its forepeak tank.

Related Read: What is Crash Manoeuvring of Ship in Emergency Situation and what’s its Procedure?

Since the vessels were close to shore the local coast guard rendered assistance to the crew of vessel B who had abandoned into a life raft.