Note: The merchant navy recruitment process would usually differ depending on the country and its regulations. However, the basic process would be a minor variation of the one mentioned below.

The internet is a vast resource of information regarding merchant navy recruitment process. A lot of the information available online about merchant navy is a myth. Owing to the growing interest among enthusiastic candidates across maritime forums, we at Marine Insight, have chosen to consolidate extensive relevant data to clarify all that there is to the merchant navy with regard to the mode of entrance, salaries, jobs etc.

Responsible for over 90% of economic trade in the world, shipping is embedded into our daily lives. Being a profession wherein the competency of personnel is gauged at an international level, the maritime industry rewards its seafarers rather well; primarily, this aspect has sparked a lot of interest among the youth.

8 Things to Keep in Mind Before Joining Merchant Navy 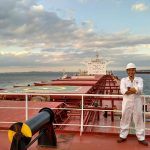 While each country and nationality has a set standards with regards to the various aspects mentioned, the basic framework relating to all of the above is similar, therefore aiding the reader to gauge the system in place when it comes to merchant shipping.

10 Reasons You Must Thank Seafarers

10 Things The World Should Learn From Seafarers

The merchant navy is a very professional and competitive line of work wherein one’s acceptance and promotion depends on the clearance of government regulated exams and performance onboard a vessel. For a detailed account of the process in India, read the information in the article on joining merchant navy after class 12th in India in which we have tried to address all concerns about the initial formalities.

The merchant navy education has been centralized in India and all institutes are now under the purview of the Indian Maritime University. The UK has a central training board that control all training related guidelines – Merchant Navy Training Board, regulated by the MCA. In India, admission into institutes is conducted via the IMUCET. 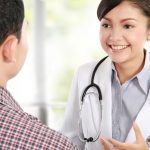 What is the Difference between Merchant Navy and Defence Navy?

The list of approved institutes in India, as per the Directorate General of Shipping can be checked at the official website – this is regularly updated as per audits and checks on institutes for quality and standards. Advice to the candidates is to always check this list for ANY course approval prior to enrolling into one. A list of training institutes in the UK, approved by their government can be found at the official listing of nautical colleges. 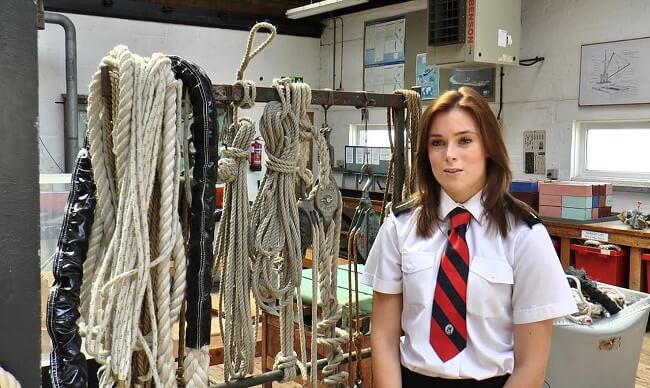 The fee associated with training is institute specific and also course-specific; a 3 year BSc Nautical Science residential course will obviously be more than the 1 year Diploma Nautical Science course. For reference, let us take a premier institute in India – TS Chanakya:

For UK nationals, the college fees are, in all probability, taken care of by the government. There are courses conducted in India that are in liaison with some UK courses leading up to a Higher National Diploma in Nautical Science.

Generally, every maritime academy (private or governmental) has its own entrance exam. Application forms for the same can be downloaded from respective sites.

How to Become Marine Engineer After Doing Mechanical Engineering?

To address this, it is important to understand the differences between the deck and engine departments and the career progression associated with regard to the same. As mentioned throughout myriad articles on MI, the state of the employment in the seafaring aspect of the shipping industry depends on presiding economic factors, chief among them being demand and supply. 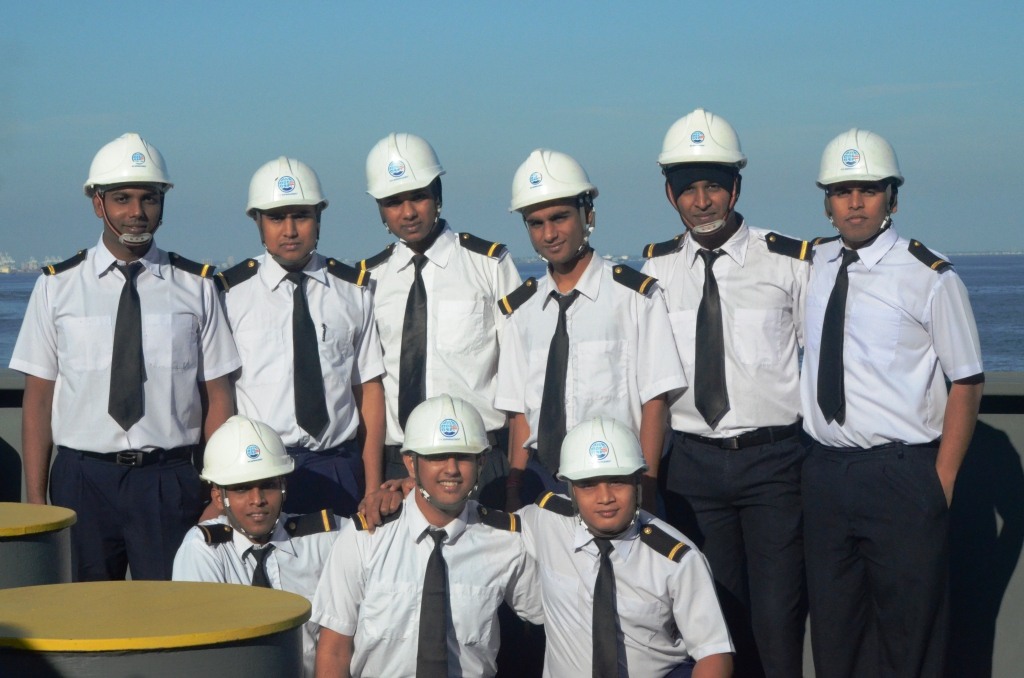 Shipping is a cyclical industry that has its bust and boom cycles; the jobs are busting or booming depending on that very state. While there are hundreds of ships which shall always require seafarers to man them, merchant navy jobs also depend on an individual’s skills, experience, training and reliability. Nationality also plays a factor as companies have a trend on hiring certain nationals on their fleet. Even though there is automation bringing about changes in the concept of manning, shipping is a basic very basic industry for the world economy and therefore, quality seafarers will always be in demand.

What Is Difference Between Nautical Science And Marine Engineering?

7 Reasons Deck Officers And Junior Engineers Are Not Getting Jobs

The merchant navy is a financially rewarding industry. The pay, commensurate with the rank, experience, type of ship and nationality, is of an international standard and comes tax-free in most countries.

Different Ranks of Officers on Ship

In India, a seafarer’s income is tax-free if his source of income is foreign and he has been out of the country for a total of more than 182 days. To make the aspect of salaries understandable, it is important to know the ranks which can be read at merchant navy ranks.

An indicative salary structure is listed out for the deck officers:

The type of ship is an important factor as the salary associated with it depends on the risks pertaining to the ship and her cargo. For example, officers onboard bulk carriers usually get paid a few hundred USD lesser than those on tankers. More on the salaries can be read at – How Much Does Indian Seafarer Officer Earns?

In India, there are marine institutes that are directly run by shipping companies wherein a cadet (deck or engine) is placed into that very company upon completion of the pre-sea course. For example, Anglo Eastern is one such company that has their own training institute to train cadets to become officers in the future. There is a process involved specific to an interview and written exam for such company-specific institutes. For cadets that get into institutes not affiliated with any shipping company, the onus of finding employment upon completion lies on the individual. 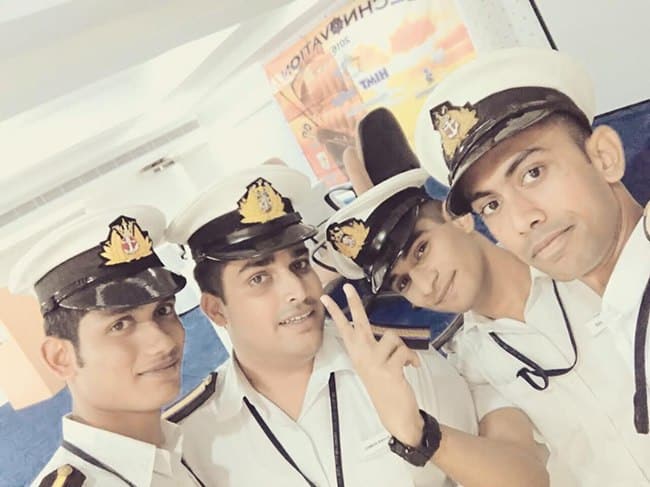 In the UK, cadets join their training institutes with sponsorship from a company with regard to employment. In that, they are employed with the company that has sponsored them to undergo training at a specified institute.

So we have compiled a comprehensive article to answer all queries posted by readers and enthusiasts looking to join the shipping industry. For more information, go through the various sections of the Marine Insight website to garner more information for further understanding.