For those that are initially joining the merchant navy, there is always a great deal of confusion with regard to the various departments on the ship and which one to choose. Although each and every person contributes to the overall smooth functioning of the vessel, the two departments are demarcated as per the responsibilities that go with them. While there is no specific answer as to which one is ‘better’, it is important to know which department suits one better in terms of career progression as well as career prospects outside of the merchant navy (if that is the long term goal for the individual).

While in the process of choosing which course to pursue at an institute and deciding between engine and deck departments, we ask students to keep these five things in mind before joining merchant navy. In relation to understanding both the aspects better it is also necessary for prospective students to understand the difference between Nautical Science and Marine Engineering. At the very base level, students who choose to pursue ‘Nautical Science’ end up choosing the path of a deck officer while those that choose ‘Marine Engineering’ end up choosing the path of an engineer onboard.

While the smooth operation of a ship is intricately entwined in a team effort, each department comes with the essential skill set that is applied once the candidate joins a ship as engineer cadet or a deck cadet.  Knowing about various subjects one has to learn in each of these streams helps to get rid of most of the doubts involved with deciding between the two departments. 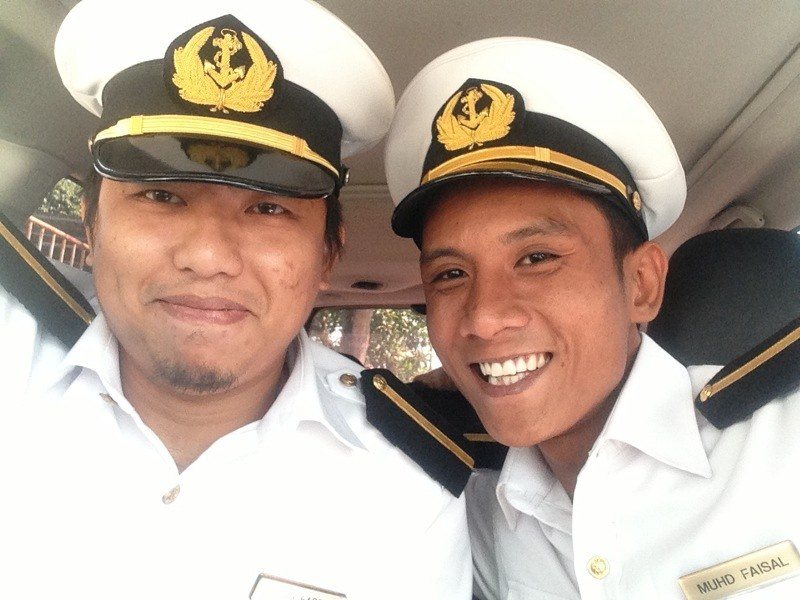 To make this write-up more comprehensive, the career progression for a deck officer is as follows (in ascending order):

That for the engineer officer is as follows:

While this is the general career progression, different companies have different designations; for example, many companies nowadays have an additional/junior third officer as a rank that is an interim rank towards becoming a third officer.

People confused between engine and deck sides, often have queries regarding the following aspects:

Let’s look at each aspect individually.

The salary structure of both engine and deck departments is almost the same. While there were some differences earlier with regard to salaries, both departments have commensurate salaries in relation to their rank on board.  This means that officers at corresponding rank in both the departments earn almost equally, that is to say, that the Chief Engineer and the Master have almost similar salaries (sometimes the Master has a higher pay but nothing too significant in terms of the difference). The article on the average range of salaries of officers on ships would help to resolve the doubt.

Though the job profile and nature of duties of officers in both the department are different, at the end it an individual’s choice as to what side to choose. It is duly important to note that the Master is eventually the ultimate authority on the ship and all work onboard has to be under his purview.

It is not possible to thoroughly compare both job profiles as deck officers are navigating officers with a different skillset while the engineering officers have a different skill set. As mentioned before, the smooth operation of the ship is entirely dependant on the harmony between the two departments wherein the every person does the work assigned to him without being too nosy about another’s assigned task!

The Chief engineer has officers under him to maintain all the workings in the engine room and other associated work whereas the Chief Officer (under the complete purview of the Master) ensures the safe navigation and cargo operation of the vessel. Both departments are ultimately answerable to the Master as the Master has the final word.

Work profile in both engine and deck departments is challenging and rewarding. It’s the person’s prerogative to decide between engine side and navigation side.

A ship cannot run without engine officers and/or deck officers. The engineers are experts with the engine and the navigating officers handle their area of expertise with regards to safe navigation and cargo operation. Thus the need for both the type of officers will always be there (unless they come up with totally unmanned ships; even, in this case, there will always be a human element involved that can never be totally negated). Both the sides have bright and respectable futures.

This is one aspect which bothers the most especially to those who are just entering the field. Though there are several reasons because of which deck cadets and junior marine engineers are not getting jobs, the situation can be expected to improve soon. Shipping is very well known to be a cyclical industry with boom and bust cycles depending upon the existing status of the economy and industrialisation in the world. With the boom comes more trade, more ships and more jobs and corresponding to the bust is a downturn in the shipping industry with lesser jobs, pay cuts etc.

However, it is to note that employment problems are prominent in every field at the starting level and it’s the same with merchant navy as well.

Officers of higher ranks from both engine and deck departments are always in demand in accordance with the expertise they come with.

For those who also consider on shore job, prospects must note that there are several opportunities on shore for merchant navy officers.

Marine engineers can take up shore based jobs as teachers at institutes, Design/Seismic/Maintenance Engineers. They can also take up the job of trainee surveyors. By default of the precise level of work carried out by them on ship which includes handling mega engines, boilers etc. their demand on shore is also very good (for example, luxury hotels hire many engineers from the merchant navy to handle their machinery with attractive pay commensurate to pay on shore)

Nautical officers, as well as marine engineers, are also required in Chartering / Ship Brokerage firms. Masters are in great demand for teaching jobs at institutes.

However, it is advisable to sail for certain years and have a good amount of experience before shifting to shore jobs.

Those who are interested in future studies can do an MBA in Shipping and improve their job options on shore. It is widely known that MBA candidates with a merchant navy background automatically have a profile that stands out; this is not a very common job and there is always an ‘added interest’ or ‘intrigue’ component from the admissions committee when they realise the extent of responsibility that comes with being an officer onboard (handling a multi million dollar ship with a billion dollar worth cargo isn’t everyone’s cup of tea!). Owing to the sheer level of work carried out onboard, shippies are often accepted into some of the best MBA schools around the world, sometimes even with a low GMAT score which is compensated for by their work experience.

Thus, a career in both engine and deck department is a rewarding and challenging one. At the end, it is up to the individual to decide what he or she is more passionate and interested about. While both contribute equally to the safe operation of a vessel, each has their own specialised area of study and the same applies on the job. It is a matter of personal preference as to which holds a greater degree of attraction for the candidate.

You may also like to read – How Deck Officers Can Use NP 294 to Keep Admiralty Products Up-To-Date?