You are here: Home › Videos › Video: What Happens To The Flush Water From The Toilet On A Ship?
TwitterFacebookLinkedInPinterestBuffer

According to industry data, a medium-sized cruise ship can carry around 3,000 passengers, leaving aside the crew. Royal Caribbean International’s Symphony of The Seas, which is the largest cruise ship, has a capacity of 6,680 passengers and 2,400 crew members.

Contrary to the popular notion that is mostly promoted by yellow journalism, ships don’t just ‘dump’ the wastewater into the ocean. 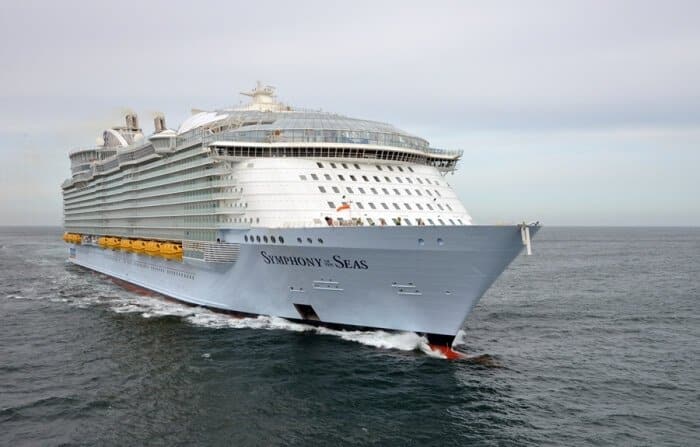 The International Maritime Organization(IMO) is the UN’s chief decision-making body when it comes to the Maritime sector. IMO has successfully imposed certain restrictions on this practice through its MARPOL convention, aimed at prevention of maritime pollution.

So, when the wastewater is generated and you can’t just dump it somewhere, what do we do? We collect and process it. Special ballast tanks are provided at the bottom of the ship specifically for this purpose.

On a normal day, ballast tanks are used to hold seawater, which ensures that the floating structure is stable in the vast reaches of the ocean. But, they can be simply used to collect the wastewater now.

However, while doing so, we segregate the wastewater into 2 major categories-black and greywater. Blackwater mainly originates from washrooms and contain many harmful bacterias which have the potential to damage the ecological balance of a water body when discharged. Gray water, however, is less harmful and originates mainly from showers and laundries.

Onshore, we have massive sewage treatment plants which convert sewage into water that is safe for discharge into rivers or any other water bodies. Onboard too, this is replicated on a smaller scale.

The wastewater passes through a multi-chambered sewage treatment plant where the net end result is water which is even safer than household drinking water! Obviously, cruise operators don’t send it for drinking purposes. That would be immensely gross!

Coming to the greywater. Most ships add it to the black water and pass it for sewage treatment. Many companies simply discharge it into the sea.

India: New Cruise Ship Tourism To Be Developed In Lakshadweep