Owned and operated by the Norwegian conglomerate Antony Veder, the Coral Methane is a ship that has changed the perception about Liquefied Natural Gas (LNG) carrying vessels worldwide. Built in the Remontowa shipbuilding yard in Poland, the vessel can, in addition to LNG, carry LPG and even LEG (Liquefied Ethylene Gas). Coral Methane is the first multipurpose LNG carrier in the world.

Designed and built according to the specifications provided by Gasnor, under whose charter the vessel is presently operating, the vessel is graded as a ‘Cleanship Super’ vessel by the maritime grading authority Bureau Veritas.

The vessel has been put into operation specifically to cater to the Norwegian LNG supply requirements and as such forms an integral component of the nation’s internal tanker ships.

–          Launched in the year 2009, the designing of the Coral Methane has been carried out by TGE Marine Engineering corporation 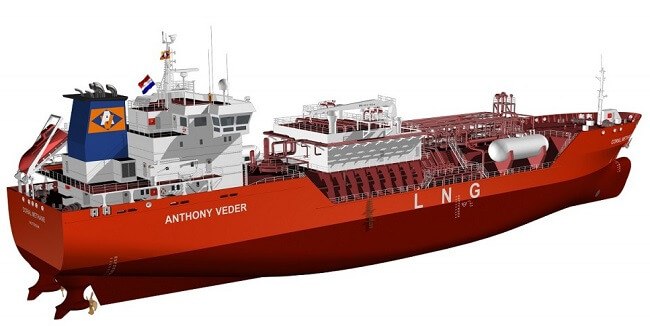 Categorised as a Grade III tanker ship as per the IMO classification, Coral Methane stores LNG at a temperature of -163 degree Celsius. LEG, meanwhile, is stored at a temperature of -140 degree Celsius. The intricate storage engineering systems like the suctioning pumps for the gases, compressors and cooling gadgetries have been provided by Hamworthy Svanehoj. These equipments complement the high-powered designing aspect of the vessel making the Coral Methane into a complete vessel from all major standpoints.