Auriga Leader, a RoRo Ship, is the world’s first partially propelled cargo carrier ship fitted with over 300 solar arrays that generate around 10 percent of its required operating power.

The shipping industry has lately seen an introduction of a number of technologies to construct the ultimate green ships. Solar-power is one of those promising sources, which if utilized in the right manner, can contribute greatly in reducing toxic gases and improving efficiency of the ships.

The partially solar powered ship Auriga Leader is one-of-its-kind and is the result of several path-breaking technological inclusions. The vessel’s owners, the Nippon Yusen and the Nippon Oil companies have invested almost US $ 2 million in order to ensure the successful working of the Auriga Leader RoRo Ship. 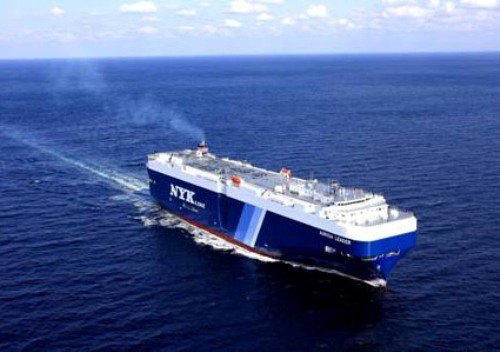 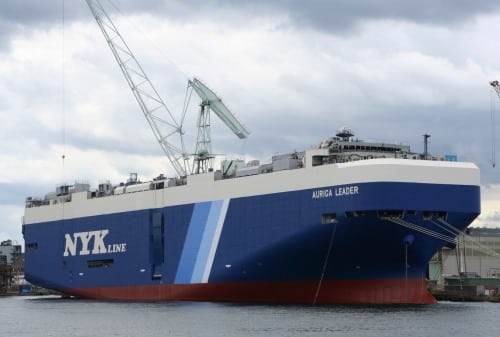 Just like new technologies such as Skysails and Sail Propulsion Systems, this solar powered ship’s performance is monitored for improvement and future modifications. Even post its launch, there has been constant monitoring carried out by the ship’s owners to ensure its continued sustainability.

Moreover, the fuels powering the green ship have been chosen specifically for their lower discharging rates. By focusing on such fuel sources, the Nippon Yusen and the Nippon Oil companies have tried to productively ensure that there is a substantial reduction in the fuel sources’ costs incurred by them. 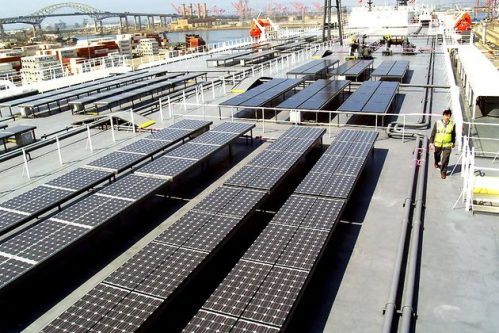 Auriga Leader is one of those future ships, which have not only provided the necessary thrust to the developmental prospects of global maritime domain, but has also completely changed the outlook about the future of the maritime cargo shipping operations.

Alternate green sources of power are the future of ship propulsion systems. Auriga Leader is an important step towards constructing eco-friendly ships, which are absolutely necessary to reduce the carbon foot prints of the shipping industry. Just like Auriga Leader RoRo Ship, ships such as Viking Lady – The Eco-friendly ship with fuel cell technology and Cargo ship with sails from B9 shipping have made a significant contribution towards developing green ships.