You are here: Home › Marine Technology › What are Actuators and Different Types of Actuators Used on Ships
TwitterFacebookLinkedInPinterestBuffer

There are three main systems on which the operation of the ship is mostly based – hydraulic, pneumatic, electrical and electronic systems. All these are mainly responsible to control the starting and stopping mechanisms of any marine machinery. To make it possible, an actuator is connected to such system which makes the system operational mainly from a remote position.

What is an Actuator?

Any moving mechanical device which acts as a control part of a ship’s system can be called a marine actuator. This mechanical device is externally controlled by a source of energy which in turn converts that energy into a control motion that can be linear or rotary in order to hold or stop an object in one position.

A basic example of a mechanical actuator is chain block hoisting weight in which mechanical motion of chain over the sprocket is utilized to lift a rated load.

Pneumatic Actuator: Pneumatic energy is most commonly used for actuators used for main engine controls. In this type, compressed air at high pressure is used which converts this energy into either linear or rotary motion. 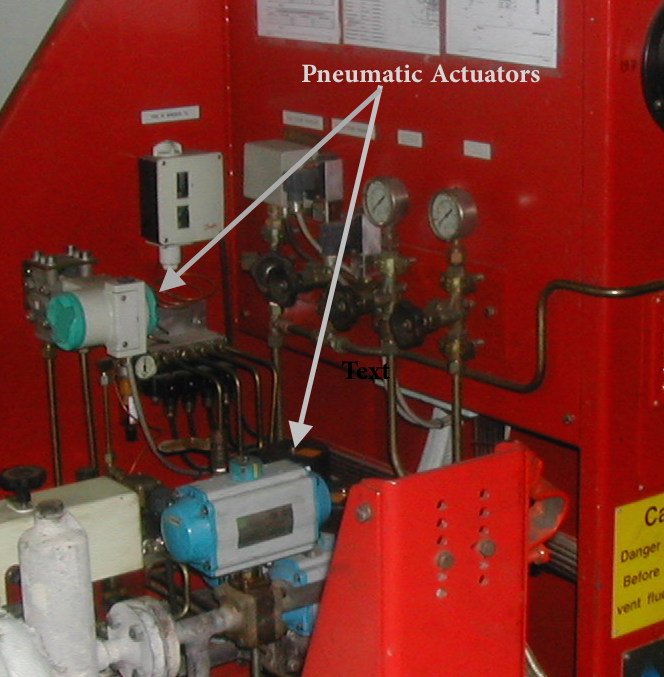 The most Common example is Main engine pneumatic actuator for changing of Roller Position over cam shaft for reversing.

Hydraulic Actuator: Unlike air, liquid cannot be compressed and hence hydraulics generates higher energy than any other system. All systems involving high loads are operated by hydraulic actuators in which oil pressure is applied on mechanical actuator to give an output in terms of rotary or linear motion. 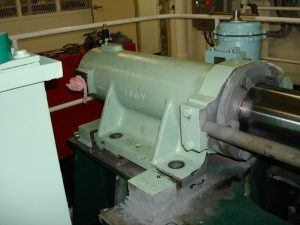 Basic example is steering gear of ship in which hydraulic pressure is used to move the rudder actuator.

Electrical Actuator: It is one of the cleanest and readily available forms of actuating system as it does not involve oil; as there is no need to compress air, hence no extra machinery. Electrical energy is always available on ship. The electrical energy is used to actuate a mechanical system using magnetic field i.e. EMF. Basic example are electrical motor operated valve and magnetic valve actuator or solenoid valve. 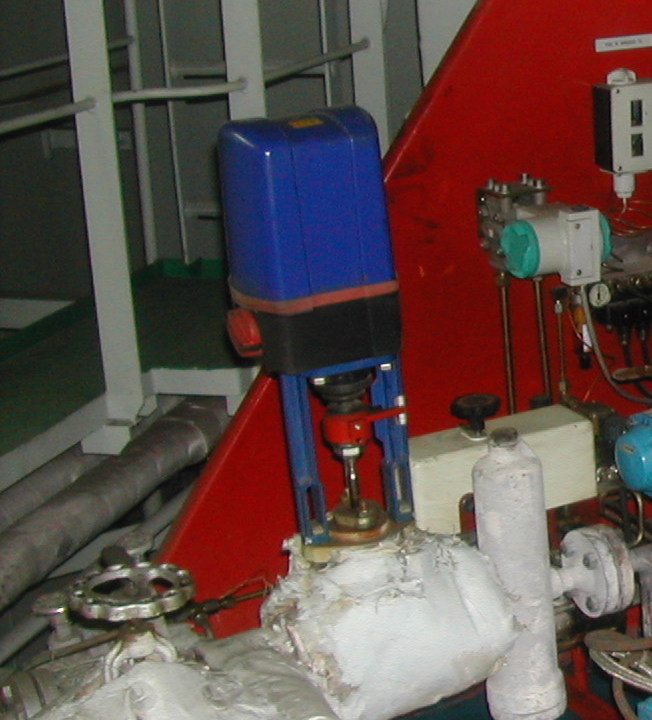 In solenoid valve the electrical signal which will magnetize the upper portion of the valve, which will then attract the valve seat and open the system. When electrical supply is removed, valve gets shut by spring action.

Hybrid Actuators: These are mixture of some of the above systems which control the mechanical part of the system. Common example is a thermo hydraulic Electronic actuator used in operating valves in hot water system, wherein hot water liquid is used along with electronic system acting as control for the valve.

CSR: CMA CGM Awarded The Highest Rating By EcoVadis
Want to share your tips and advice? Got questions? Visit the community forum to ask questions, get answers, meet people, and share your tips!