Glove valve, a type of valve, is commonly used on board ships in places such as bilge suction lines. A linear motion valve, which regulates the flow of the fluid, the valve has a globe (bulbous) shaped body that houses the valve seat and the disc. 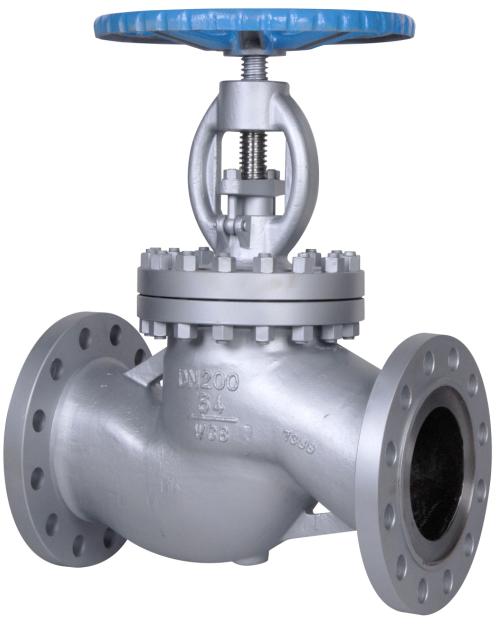 Though the construction and design of globe valve is usually made according to the requirements,  there are three main designs of the globe valve

This is the simplest and most commonly used design of globe valves, favorable for applications involving water flow. The name Z-shaped is derived from the Z shaped diaphragm or partition in the bulbous shaped body. The stem and the disc move at right angle to the valve body, aligning with the horizontally arranged seat. The stem passes through the bonnet attached to a wide opening at the top.

The Y-body type valve design is a solution to the problem of pressure drop which is commonly found in globe valves. In this design, the valve seat and stem are angled at approximately 45° to the valve axis. This results in a much straighter path for the fluid flow, providing a more pressure resistant environment inside the valve.

The Y-body valves are mainly suited for high pressure applications wherein problems related to pressure drop are common. However, in case of throttling purpose, the pressure resistance might not work effectively, especially if the valve is smaller in size. This is also because in smaller valves, the flow passage is not as carefully streamlined as that in larger vessels.

The angle globe valve is a modification of the design of the basic Z-shaped glove valve. The inlet and outlet ends are placed at right angles and the diaphragm is generally a simple flat plate. The fluid flows through the valve body in a right angled flow path and get discharged downwards in a more symmetrical manner. These characteristics are extremely important in applications involving high pressure. However, in moderate conditions the valve functions more or less similar to the Z Shaped Valve.

Globe valves are used for both low and high temperature applications. In low temperature applications the globe valves are so installed that the pressure is under the disk. This helps in easy operation of the valve and also for protecting the packing and preventing erosion to the seat and disk. For high temperature, the valves are so installed that the pressure is above the disk. This would prevent the steam below the disk from contracting upon cooling and tend to lift the disk off the seat.

Both the valve seat and the disc are arranged at right angle to the axis of the valve. The seat can either be screwed into the valve chest or can be a part of the body. The seating can either be flat or mitered and the stem would be threaded above or below the stuffing box. The spindle is held in the valve disc by a nut and the leakage is prevented using stuffing box, which is packed with packing material and gland.

The ball disc is used is applications involving low pressure and low temperature systems. The ball disk is so arranged that it fits on a tapered, flat-surfaced seat. Though the ball disc can be used for throttling purpose, the efficiency might not be as expected.

The replaceable composition discs are designed with a hard, non-metallic insert ring on the disc which helps in creating additional tightness. Such rings are used in steam and hot water applications as they help in preventing erosion and damaging the globe valve from solid particles.

The plug disk is mainly used for applications which require excessive throttling. The disk provides better throttling than ball and composite disks because of its long and tapered design.

The valve seat can either be an integral part of the valve body or screwed into the body.

Most of the valves have backseat arrangement – a design which provides a seal between the stem and the bonnet. The disk seats against the backseat when the valve is fully open. This helps in preventing system pressure from building against the valve packing. 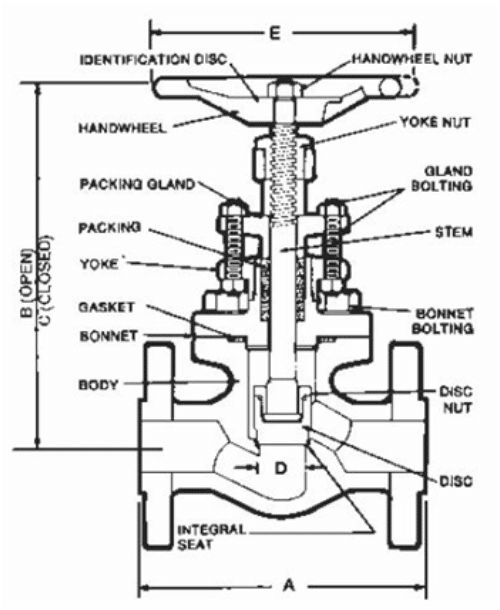 The gland packing of the valve is subjected to wear and tear and thus needs to be changed after sometime as the sealing quality will reduce.

Moreover, continuous opening and closing of the valve leads to damage to the metal of the valve seat. Lapping paste is applied to the seat to make the surface smooth and remove any clearances.

Pipes and Bends – An Essential Guide for Second Engineers: Part 2
Want to share your tips and advice? Got questions? Visit the community forum to ask questions, get answers, meet people, and share your tips!