You are here: Home › Shipping News › Video: Bulk Carrier Runs Aground On A Reef Off The Coast Of Mauritius
TwitterFacebookLinkedInPinterestBuffer

A Panama-flagged bulk carrier, MV Wakashio has reportedly run aground on a reef off Mauritius while on its way to Brazil, from China on Saturday, 25th of July, 2020.

A local coast guard first got the wing of it as it tried to warn the ship’s captain that it was moving dangerously close to the shore to no avail. There are 20 crew members on board.

Even though the captain insisted that the planned route was okay, a few minutes later local authorities received a radio message saying that the vessel had run aground a reef off Pointe d’esny. No reports of mechanical failures or severe storms have been reported.

According to local news, the ship had been travelling at 11 knots and was slightly off course that caused it to ground on a reef. This environmentally sensitive region is a popular tourist spot to view marine life. The Blue Bay marine park is located close-by on the coast of Mauritius. 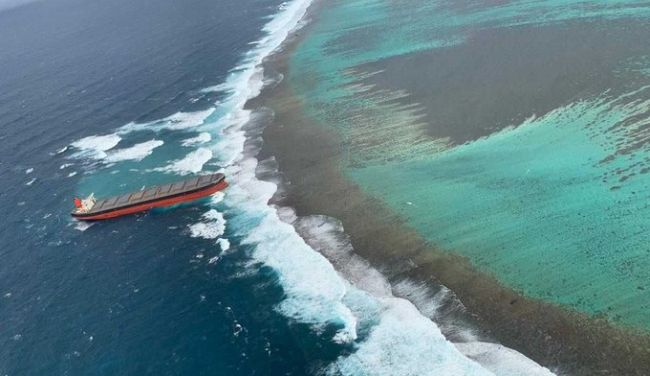 Operations and response activities of the police are under the supervision of National Emergency Operations Command and Dr.Anwar Jusnoo, minister of local government and risk management.

Locals are worried about the ship’s presence causing any sort of environmental disaster. Wakashio had been carrying about 3800 metric tons of fuel onboard but was reportedly empty under ballast on its way to pick up cargo from Tubaro, Brazil. No oil leaks have been reported. 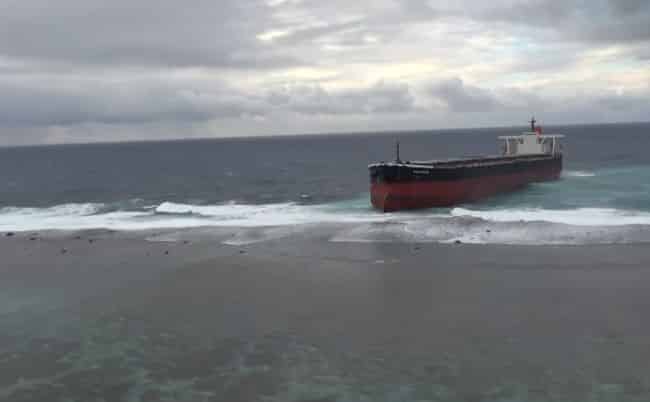 The news came around as photos and videos of the ship surfaced on social media. Fishing vessels are being instructed to stay off the area around the 300-meter large capsize bulk carrier. The ship’s owner Nagashiki Shipping was not available for comments.

ONE Receives Delivery Of 14,000-TEU Container Ship “ONE CYGNUS”

ITF Seafarers’ Trust Renews Support For A Humanitarian Response To Seafarers Subjected To Maritime Piracy
Want to share your tips and advice? Got questions? Visit the community forum to ask questions, get answers, meet people, and share your tips!