Ole Grøne, Senior Vice President – Low Speed Promotion & Sales – MAN Diesel & Turbo described the event as a significant milestone in the development of Diesel technology and said: “The immediate market acceptance of our ME-GI (Gas Injection) engine confirmed the growing demand for low-sulphur, non-HFO options in the face of increasingly stricter sulphur limits in fuel. In turn, extending our dual-fuel engine programme with an ME-LGI unit that can run on liquid fuels was therefore a natural step.” 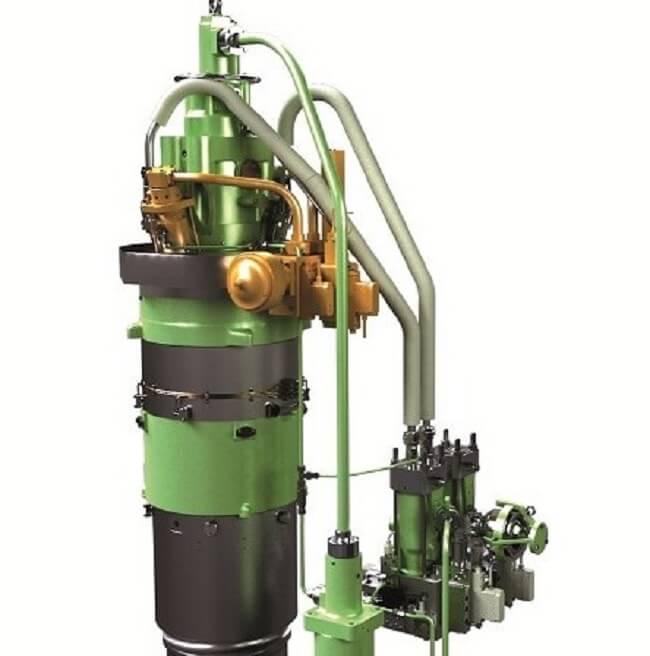 He continued: “The interest in our ME-LGI engine confirms this dual-fuel, low-speed trend and will offer even more alternatives to HFO, which – apart from methanol – will include LPG, dimethyl ether (DME), and (bio-) ethanol, as well as several other, low-sulphur, low-flashpoint fuels.”

Grøne concluded: “We welcome our partners’ interest in our technology and acknowledge their taking the lead in proving the ME-LGI concept. We are confident that their faith will be rewarded in the immediate future.”

The event took place at the company’s Tamano works, near Okayama in the western part of the mainland, and was witnessed by approximately 60 interested guests from the marine industry in Japan.

The ME-LGI concept is an entirely new concept that can be applied to all MAN Diesel & Turbo low-speed engines, either ordered as an original unit or through retrofitting. With two injection concepts, the ME-GI and the ME-LGI concept greatly expand the company’s dual-fuel portfolio and enables the exploitation of more low-flashpoint fuels such as methanol and LPG. 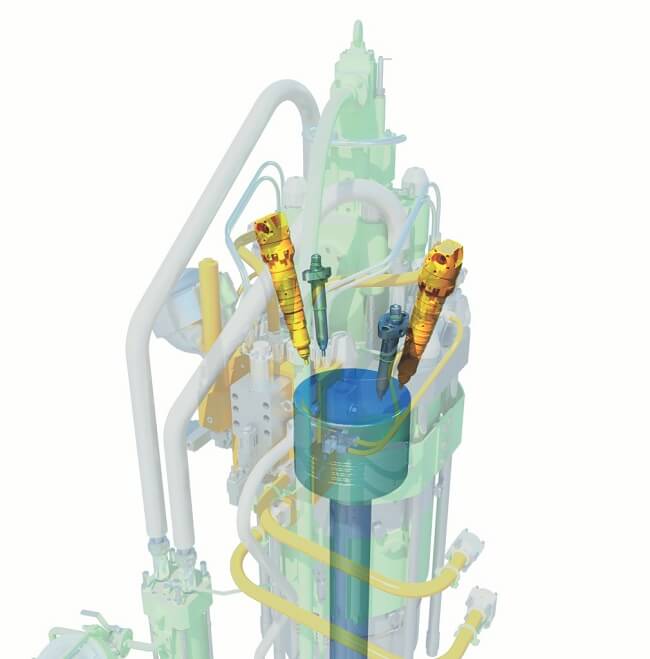 The engine’s ‘ME-’ prefix indicates that the new engine benefits from well-proven electronic controls that also encompass the fuel being injected by a so-called Fuel Booster Injection Valve. This innovative fuel booster, specially developed for the ME-LGI engine, ensures that a low-pressure, fuel-gas supply system can be employed, significantly reducing first-time costs and increasing reliability. The Fuel Booster Injection Valve will be introduced also on regular ME HFO engines, eventually.

MAN developed the ME-LGI engine in response to interest from the shipping world in operating on alternatives to heavy fuel oil. Methanol and LPG carriers have already operated at sea for many years and many more LPG tankers are currently being built as the global LPG infrastructure grows. With a viable, convenient and economic fuel already on-board, exploiting a fraction of the cargo to power a vessel makes sense with another important factor being the benefit to the environment. MAN Diesel & Turbo has previously stated that it is already working towards a Tier-III-compatible ME-LGI version.