‘The increase in the transport of fuel oil is due to a slight growth in its supply in the Northwest Europe region on the one hand,’ says Ronald Backers, Business Intelligence Advisor for the Port of Rotterdam Authority. ‘The refineries here are operating at full capacity due to this year’s high margins. In addition, Russia saw a large build-up of fuel oil stocks in 2014. At the beginning of 2015, this stock “flowed” in the direction of Rotterdam and other ports. On the other hand, the demand for fuel oil is slightly lower. This is partly due to the introduction, in January 2015, of the requirement to use bunker fuel in the North and Baltic Seas with a maximum sulphur content of 0.5%. This was achieved by using Marine Gas Oil. All in all, this has led to a surplus of fuel oil, which had to be shifted to other markets. The market calls this a “supply push”.’ 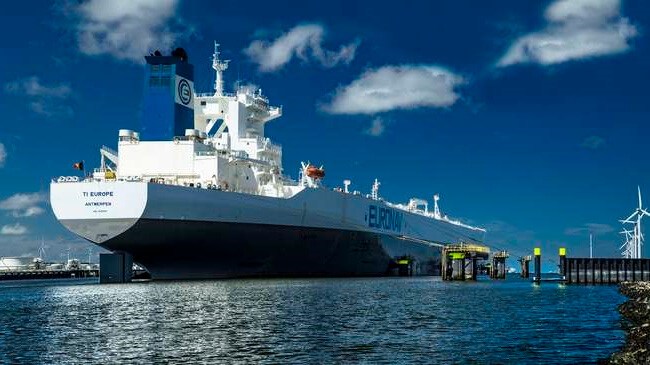 With last year’s 51, 283 VLCCs visited Rotterdam in the last ten years. Two thirds of these discharged crude oil before leaving again with fuel oil. Backers: ‘75% of the loading of the VLCCs takes place at the terminals in Rotterdam, 25% at the Caland Canal and Maasvlakte2 dolphins. There is often a combination of both locations, with most of the loading taking place at a terminal and the loading being completed at the dolphins.”

The average cargo volume of the mammoth tankers has increased over time by about 30,000 tonnes to 280,000 tonnes. The record in this field is still held by the TI Europe, which sailed with 353,000 tonnes of fuel oil in August 2013.