Using a model derived from project proposals and land use plans, the forecast quantifies the potential growth of the port’s economic impact through 2025 and beyond. The model makes assumptions for capital investments, average employment levels and wages. 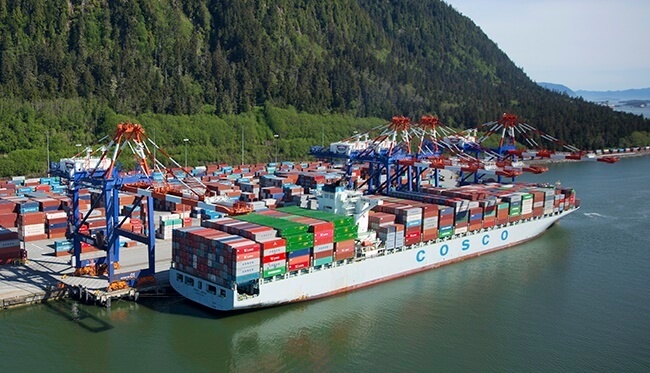 The full buildout of the Port of Prince Rupert’s planned infrastructure and terminals is predicted potentially to generate the following incremental economic impacts:

In addition to the sustained economic benefits of planned infrastructure and terminals, their construction could provide as many as 26,000 person years of employment, $1.7 billion in wages and over $2 billion in GDP.

“The vision of Prince Rupert as a leading North American trade gateway builds on our strengths and our track record,” said Don Krusel, President & CEO of the Port of Prince Rupert. “The question is, can we achieve it?  We believe we can, but it’s going to take a vision that aligns the priorities, efforts and investments of local communities and First Nations with the economic opportunities that are presented.”

The Port of Prince Rupert’s development plan guides its growth into a diversified and sustainable global trade gateway in a manner that minimizes congestion of its operations, limits community conflict with industrial land use, and mitigates marine and environmental impacts.

“The City of Prince Rupert is looking to the future with renewed optimism as we see even greater opportunities to become a truly global port city,” said City of Prince Rupert Mayor Lee Brain. “Along with protecting our natural environment and improving quality of life for residents, one of the five points of our Hays 2.0 vision is about supporting sustainable economic growth and diversification for Prince Rupert like that planned by the Port. We are pleased to see their plans coming to fruition, and what that will mean for our community.”

Current and proposed developments on port lands at Fairview Container Terminal, the Ridley Island Industrial Site and Lelu Island have the potential to create an integrated platform for shipping with the capacity to transport over 100 million tonnes of cargo annually.

District of Port Edward Mayor Dave MacDonald said, “The potential for our corner of British Columbia to facilitate this level of trade is remarkable, and something we collectively welcome and are actively preparing for. The availability of new jobs close to home will reduce the number of residents who have to leave the region to find work.”

“Our community has seen tremendous benefit from the past and current development of the Port, and we look forward to contributing to the immediate build-out and long-term operation of these important pieces of Canadian infrastructure,” said Harold Leighton, Chief of the Metlakatla Nation.

ITF Demands Allseas Group To Immediately Change The Name Of World’s Largest Offshore Vessel “Pieter Schelte”
Want to share your tips and advice? Got questions? Visit the community forum to ask questions, get answers, meet people, and share your tips!