The Port of Felixstowe has confirmed that it will offer a container weighing service to ensure UK shippers are able to comply with new international regulations that will come into effect on 1 July 2016.

“We have met with many customers and from their feedback it is clear that there is still a lot of uncertainty amongst exporters about the new rules. 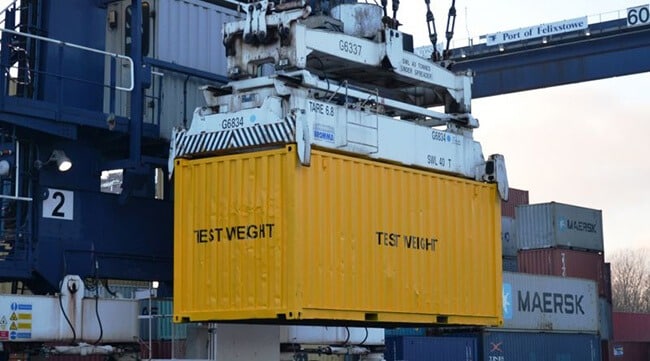 “The rules have the potential to cause significant disruption to export supply chains. To help avoid this we have decided to provide a service where export containers can be weighed at the port before being loaded. We will provide further details about how the weighing service will work in good time to ensure all exporters can be compliant by the time the new rules come into force.”

From July, an amendment to the SOLAS (Safety of Life at Sea) Convention will require every export container carrying cargo to have its weight verified before it is loaded on to a ship.

The Port of Felixstowe has taken a leading role in the consultation exercise by the Maritime and Coastguard Agency on the implementation of the rules in the UK.