A electronic port community system to make all trading transactions paperless in Algerian ports based on the Dubai Trade portal was unveiled today at a major seminar in Dubai on investment opportunities in the country.

The new system will be introduced under a joint venture agreement signed today between DP World, Dubai Trade, the ports of Algiers, Oran and Skikda, offering integrated electronic services from various trade and logistics service providers under a single window.

Over 100 investors and business leaders attended the “Investing In Transports and Logistics in Algeria: Opportunities and Challenges” seminar, the first of its kind to be launched by the newly established Algerian Business Council in Dubai and the Northern Emirates and the Dubai Chamber of Commerce with support from global marine terminal operator DP World. 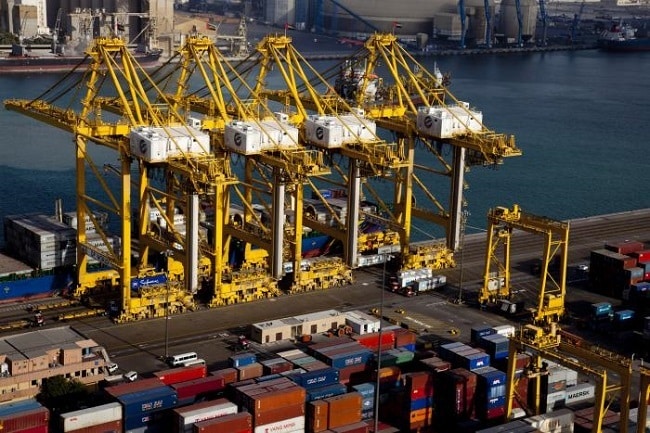 The event also focused on opportunities under the new US$ 47 billion five year development plan 2015-2019 recently approved by the Algerian Government to boost public investment in key economic sectors such as transport and logistics and to improve economic performance, modernise infrastructure and build partnerships for a long term diversified and sustainable economy.

Opening the seminar, Abdelaziz Guerrah, Chairman and CEO of the Algiers Port Authority and representative of the Algerian Minister of Transport, said: “The Government of Algiers is committed to foreign direct investment and this event is an important platform to communicate that to business leaders and traders across the UAE. We aim to increase foreign direct investment as part of the development plan particularly in the maritime industry. Our two nations are firm partners and friends and we believe there are many opportunities that we can discuss further.”

His Excellency, Sultan Ahmed bin Sulayem, Chairman of DP World, said: “Connecting ports under one port community system which makes all trading transactions electronic for those involved in the supply chain will increase efficiencies and enable trade to prosper in Algeria. The project announced today based on the world leading Dubai Trade portal is an important step forward for Algeria’s maritime sector and we are delighted to partner in this initiative.

“Algeria has great potential and we are delighted to be a founder member of this Business Council which will enhance trading relationships between our two countries. Business and trade are the backbone of any economy and business leaders play a major role in building bridges between nations. We have a very successful experience in Algeria where we operate two facilities in Algiers and Djen Djen and we look forward to sharing our best practice and working with the Government in developing its modern logistics hubs to power economic development and enable trade across the region.”

Mr. Abdelhak Attallah, a Dubai based Maritime and Trade Lawyer and a member of London Maritime Arbitrators Association (LMAA), outlined a range of projects open to investment including a new US$ 2 billion central trade port located west of Algiers and a US $ 500 million expansion of the Oran containers terminal scheduled to be finalised at the end of 2016.

DP World began its operations in Algeria in 2008 and employs over 800 people. As part of a development plan, Algiers Port Authority has begun refurbishing the terminal yard in Algiers to prepare for the arrival of new equipment. DP World will rebuild berths to accommodate container cranes, as well as repair three berths to improve efficiency, safety and security.

The two year programme will also feature further upgrades with introduction of modern container handling equipment. This includes ship-to-shore container handling cranes, service vessels and rubber tyred gantry (RTG) cranes for the container yard with an increase in capacity there to 1.2 million TEU’s by 2018.

The seminar concluded with a guided tour of DP World’s flagship Jebel Ali Port, the largest in the region and voted the most productive port in the world by the Journal of Commerce.