The following analysis was issued by Dryad Maritime on Tuesday 20th October. The report illustrates the uncertainty surrounding maritime security in the region; coming fast on the release of Dryad’s Quarterly statistics which showed a three month lull in attacks offshore West Africa.

On Monday, 19th October, armed pirates attacked and boarded a refrigerated cargo ship underway off the Niger Delta. They stole ship’s cash, destroyed equipment and kidnapped four crewmembers before escaping. Authorities have been notified. There are currently no details relating to the identity of the attacked vessel or the location of the kidnapped crewmembers. 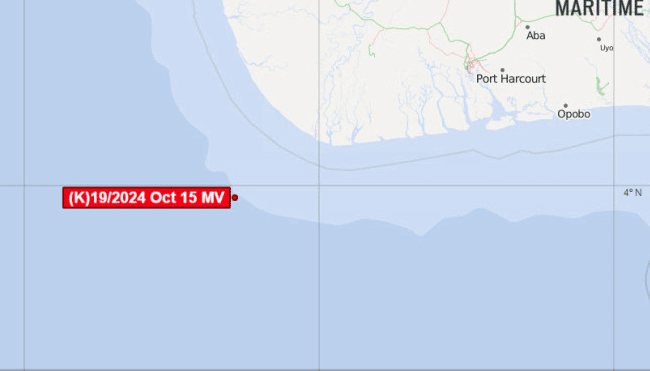 This is the first incident reported at sea off the Niger Delta in five months and has taken place 100 NM further west than the spate of kidnappings which took place earlier this year. It comes at a time when the Nigerian Navy are conducting increased patrols of the approaches to the Bonny River, and these patrols may have forced this criminal gang to look into operating in this wider area of West Africa. This area has a recent history of maritime attacks with six reported cases of attacks on vessels, where 13 crewmembers were abducted for the purpose of ransom, in 2014 alone.

This incident marks a return to attacks for West Africa, an area that has experienced low levels of maritime crime in the last three months, as seen in Dryad Maritime’s Q3 maritime crime statistics. In that report, it was noted that the recent reduction in instances of maritime crime in the region was likely related to the increase in Nigerian Naval activities, but that their efforts alone would not be able to effectively police the whole of West Africa and the Gulf of Guinea. Yesterday’s incident is congruent with this analysis.

Crews are reminded to be vigilant to the approach of suspicious vessels, and raise the alarm to local authorities at the first opportunity. Effective BMP4 type defensive measures will go a long way to preventing boarding by maritime criminals known to operate in this region. All ships are requested to report any incident to local authorities, including the MTISC in Accra, Ghana Tel: +233 (0)302718227 and to the IMB PRC + 60320310010 or + 60320310014 imbkl@icc-ccs.org / piracy@icc-ccs.org