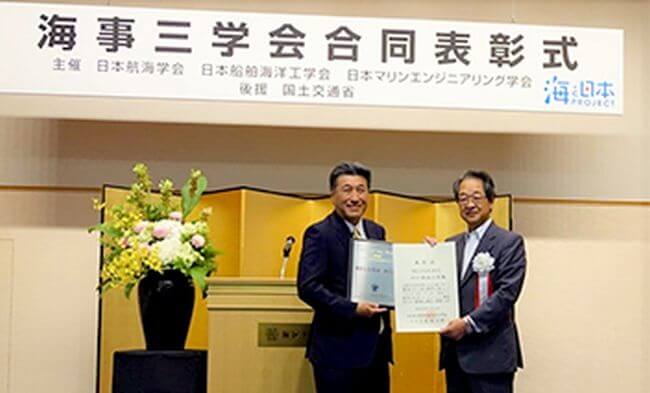 This is MOL’s sixth Ship of the Year Award, and marks the second year in a row that MOL has received honor; its 20,000 TEU containership MOL Truth won for 2017.

The Ship of the Year Award, now in its 29th year, is presented by the Japan Society of Naval Architects and Ocean Engineers (JASNAOE) to recognize the highest levels of technology, design, and social responsibility among vessels made in Japan. The first awards were presented 1990. 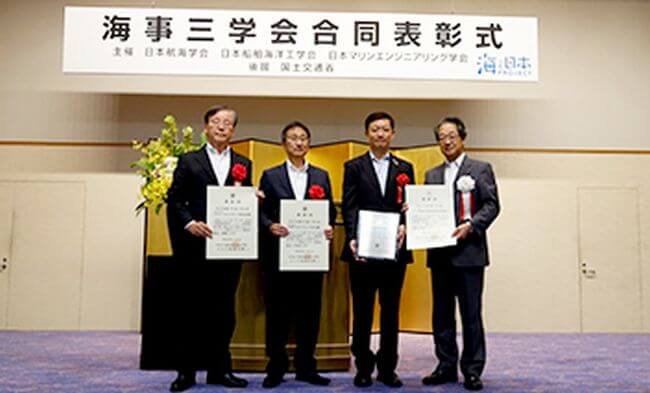 The Beluga Ace earned high evaluations for its next-generation design, such as an innovative exterior design that marks a major advance over conventional car carriers, its six liftable decks that achieve higher loading efficiency, review of the hull structure, and proactive adoption of energy-saving technologies. The “FLEXIE Series” has now captured two major technology awards in Japan – the Good Design Award last year, and the Ship of the Year 2018.

The Sunflower Satsuma and Sunflower Kirishima also represent a significant upgrade in both public and private onboard space, allowing passengers to fully enjoy Ferry Sunflower’s new “casual cruises” that offer the excitement and anticipation of a first-time experience to customers. Both ferries earned high evaluations from the viewpoints of both comfort and environmental/ safety performance, thanks to the adoption of energy-saving technologies such as the “single-shaft hybrid CRP system,”*1 and “vehicle deck high expansion foam fire extinguisher,”*2 adopted for the first time on ferries in Japan.

MOL, as one of the world’s largest shipping companies, continues to strive toward further expansion of its transport services by using its group-wide accumulated experience and know-how, while more precisely meeting customer needs and proactively introducing various technologies that reduce the environmental impact of vessel operation.

*1 Single-shaft hybrid CRP (Contra Rotating Propeller) System: By combining two types of drive systems, diesel and motor, and revolving the two propellers in the opposite direction, it contributes to the improvement of propulsive efficiency by canceling the propeller wake flow and recover rotation loss energy. The propulsion efficiency is also improved by making it single-shaft, comparing to the ordinary two-shaft/two-turbine type.

*2 Vehicle deck high expansion foam fire extinguisher: Fire extinguishing system, which produce strong and light foam out of a slight amount of water and extinguishant. The foam has both traits of water-extinguishing and gas-extinguishing, and shows excellent effect on cooling and suffocating.