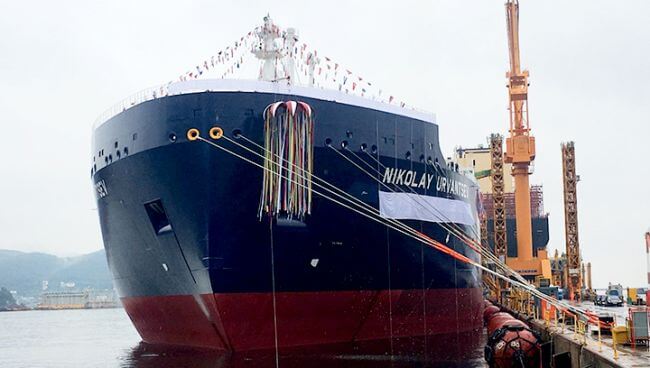 MOL made an official decision to participate in the Yamal LNG Project in July 2014*3, and the construction of the vessels commenced in May 2016. To manage plan approvals on the design and construction of the vessels, MOL has worked closely with DSME, Yamal LNG Project personnel, and other operators of the ice-breaking LNG carriers in the project, as well as consultants. The vessel not only has a high icebreaking capability of up to 2.1m, but also has a double-acting ice-breaking system to enable the vessel to navigate astern. With the addition of extreme cold specifications designed to withstand temperatures of -52°C, this vessel is truly state-of-the-art and reflects MOL’s proactive attitude to new technical challenges*4. 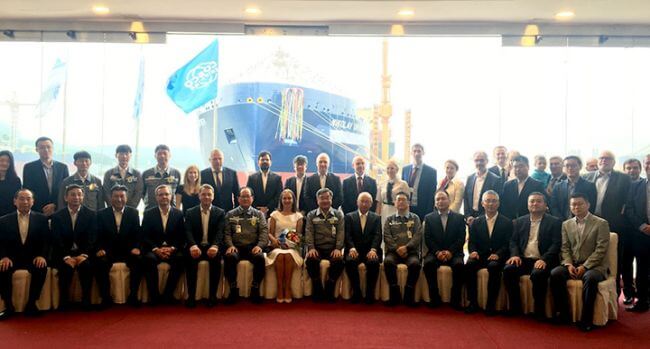 In addition to the Ice-Breaking LNG carriers, construction of the four conventional LNG Carriers, destined for the Yamal LNG Project announced in June 2017*5, has been progressing as planned.

The third train at the Yamal LNG plant started its operation on December 2018, and annual LNG production from the plant has reached full capacity. Furthermore, the fourth train is expected to be launched within 2019. As a leader in ice-breaking vessels and operation in the Northern Sea route, MOL continues to work assiduously to ensure stable LNG transportation from the Yamal LNG plant, in addition to other energy resource and product transportation through the Arctic, where demand is expected to grow in the future.