The ITF (International Transport Workers’ Federation) is reiterating its case regarding the possible risks to safety posed by the Panama Canal’s new locks.

This latest information comes after the Panama Canal Authority (PCA) published a press release (The Panama Canal Dismisses ITF Claims, Commends Thousands Who Helped to Make the Expansion a Reality) which attempted to deny the serious points of concern raised by an independent safety study commissioned by the ITF.

That study was carried out by Brazil’s respected Fundação Homem do Mar (FHM) and identified potential critical problems with the canal’s new locks (see http://goo.gl/ZpXTSm for full details and links to the report and video simulation).

ITF general secretary Steve Cotton explained: “The ITF, like our Panamanian member unions, has repeatedly offered the PCA our co-operation to ensure that the canal is safe for those working on it and those passing through it. In that same spirit we made the FHM study freely available to the PCA and once again asked for a positive engagement with them. 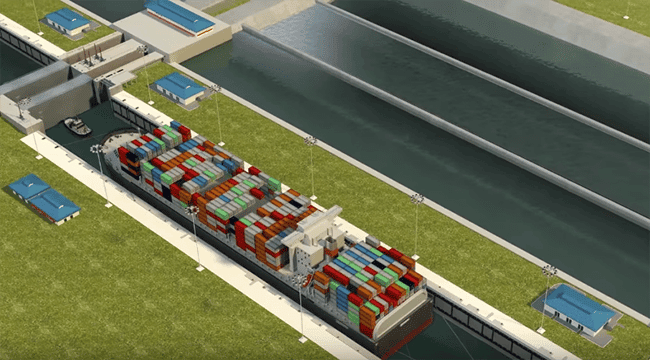 He continued: “We have raised our concerns about operational safety issues several times. In December 2013 we wrote to President Martinelli and the PCA, and in July 2014 to President Varela and the Minister of Canal Affairs, citing safety concerns and offering our assistance. In June 2015 we wrote to Jorge Quijano, PCA CEO, requesting a meeting. This was followed by a further letter offering a meeting around the 2015 International Chamber of Shipping Conference in London, which Sr Quijano was addressing. The ITF has also met officials from the ACP and, informally, with Sr Quijano, at Panama Maritime 2015.

Mr Cotton continued: “In all our contacts we have sought constructive engagement and to ensure the safe and efficient operation of the canal. We continue to believe that such engagement is the way forward. We continue to aim for inclusive risk assessment to improve occupational safety and health. Involving all members of the work team in that process is essential.”

The ITF invited FHM to address the points raised in the PCA press release. This is its response to the PCA’s attempt to question its ability to conduct this important study:

The PCA seeks to suggest that the study is not based on a mathematical model. In fact FHM’s simulators meet the requirements of Class A document – Standard for Certification of Maritime Simulators System No. 2.14 – January 2011 of DNV and can work completely integrated. We also took into account an article on the “SIMULATION IN THE TRAINING FOR PILOTS AND TUGBOAT CAPTAINS IN THE EXPANDED PANAMA CANAL”, presented at the MARSIM2015 Conference in Newcastle University, from September 8th to 11th 2015, by Captain Francisco Tejada from the Panama Canal Authority. FHM possess the same type of simulator as SIDMAR, we add that our engineering navigation simulator has the latest version to this system which our provider owns.

The PCA has said that rather than two tugs being used in the locks up to four may be used. If that is so then such use should be analysed via simulation and mathematical modelling, which will allow a better understanding of manoeuvrability and ships’ behaviour in several situations.

The PCA has also questioned the credibility of and equipment used by the Fundacoa Homem Do Mar. Our foundation has existed for more than 10 years and works in partnership with both private and public organisations, foundations and enterprises to elaborate and develop projects associated with the waterway sector. FHM possesses engineering and navigation simulators that fulfil the requirements of the Class A document – Standard for Certification of Maritime Simulators System No. 2.14 – January 2011 of DNV.

FHM possesses programmes that enable it to mathematically model any ship type and to conduct an analysis of the manoeuvrability through simulations carried out using an integrated approach, using theory, empirical data from an extensive database of hydrodynamics and aerodynamic characteristics.

FHM has already carried out projects in major ports, such as Santos, Rio de Janeiro, Tubarão, Vitória, Ponta da Madeira, Puerto La Plata and others. These include one carried out for the world’s largest ore carrier, which was undertaken before its planned VLOC vessel was even built and which used mathematical models of the vessel to model its use of the ports of Ponta da Madeira, Maranhão and also Tubarão and Vitória, Espírito Santo. Our analysis provided a risk analysis of the manoeuvres, training for the ship’s masters and the familiarisation of pilots in manoeuvring this type of vessel.

Furthermore, FHM has also carried out other important manoeuvrability analyses in the entry of premier transport LNG vessels in ports of Pecém, Ceará and in terminals (constructed especially for this type of vessel), in Baia de todos os Santos, Bahia, and in Baia de Guanabara, Rio de Janeiro. This study included making a risk analysis of the manoeuvres and the training of the vessels’ captains, as well as the familiarisation of regional pilots with manoeuvring LNG vessels.