In line with Government’s focus on improving connectivity to the North Eastern Region (NER), a landmark container cargo consignment will sail on inland waterways from Haldia Dock Complex (HDC) to the Inland Waterways Authority of India (IWAI) terminal at Pandu in Guwahati on 4 November 2019. 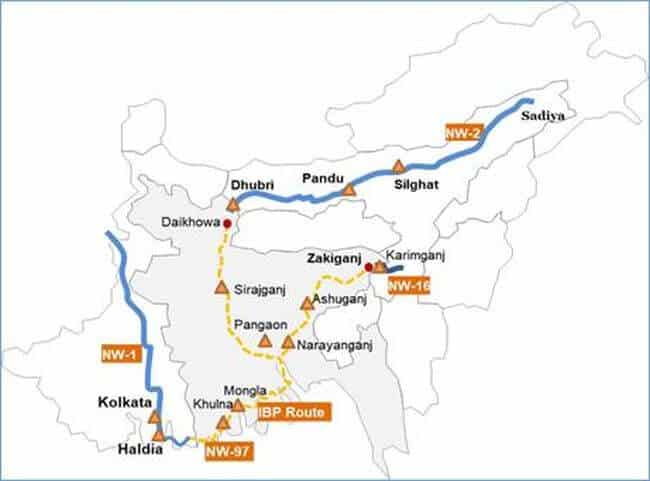 This is the first-ever containerized cargo movement on this Inland Water Transport (IWT) route. The 1425 km long movement is expected to establish the technical and commercial viability of IWT mode using these multiple waterways even as a series of pilot movements are planned on the stretch.

The latest IWT movement is aimed at providing a fillip to the North East Region’s industrial development by opening up an alternate route for transportation of raw material and finished goods.

Taking ahead the Government’s vision of promoting IWT, the first consignment of containerized cargo on National Waterway-1 (Ganga-Bhagirathi-Hooghly river system) was received by the Prime Minister on 12 November 2018 when he dedicated to the nation, the Multi-Modal Terminal at Varanasi.