You are here: Home › Shipping News › IMO Training On Impacts Of Anti-Fouling In Mediterranean Countries
TwitterFacebookLinkedInPinterestBuffer

Mediterranean countries are undergoing IMO training on the impacts of anti-fouling systems and ships’ biofouling on the marine environment at a workshop in Valletta, Malta (12-14 November).

The event is raising awareness of IMO’s Anti-Fouling Systems (AFS) Convention and Biofouling Guidelines – what it means to implement them, and, in the case of the AFS Convention, the requirements and benefits of ratification and enforcement.

Biofouling is the build-up of aquatic organisms on a ship’s underwater hull and structures. It can be responsible for introducing potentially invasive non-native aquatic species to new environments and can also slow a ship down and impact negatively on its energy efficiency. 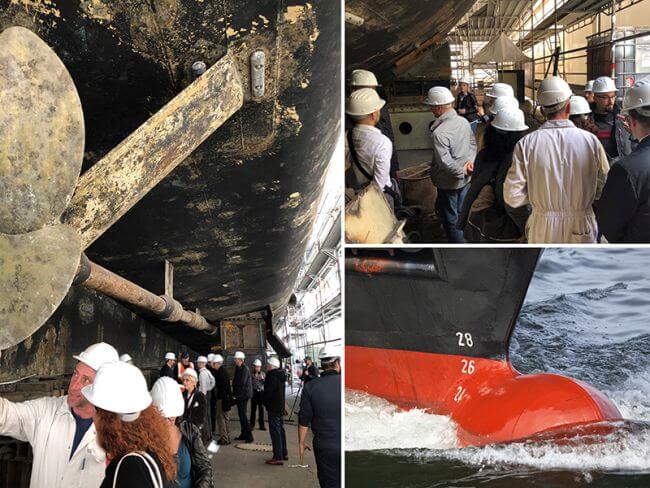 Fifteen participants from 8 countries* are taking part in the workshop, which included a site visit to a dry dock. During the visit, participants witnessed practical examples of niche areas and other exposed underwater parts of the hull of a ship that are important for biofouling management, including the effective application of anti-fouling systems.

The workshop, co-organized and hosted by REMPEC, is part of efforts under the GEF-UNDP-IMO GloFouling Partnerships Project, which aims to establish regional partnerships and cooperation agreements to address marine biofouling issues.