The IMO Secretariat is attending the latest in a series of conferences to develop a legally binding international instrument, under the UN Convention on the Law of the Sea (UNCLOS), on the conservation and sustainable use of marine biological diversity in areas beyond national jurisdiction – known as ‘BBNJ’. The 3rd Intergovernmental Conference (IGC) is being held at UN Headquarters in New York, United States (19-30 August). The current Conference session is the third in a series, with the fourth (final session) set to take place in the first half of 2020. 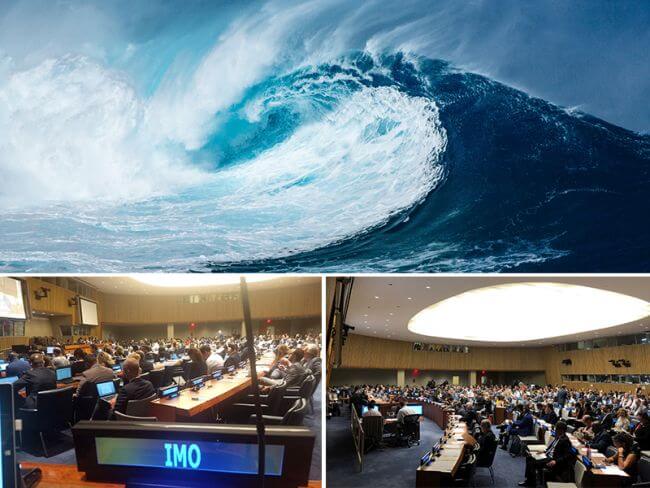 The current conference session is discussing the draft treaty text. IMO representatives are attending the plenary sessions and working groups on area-based management tools, environmental impact assessments, capacity building and technology transfer and cross-cutting issues. IMO has been present throughout the process of developing the BBNJ agreement, through the preparatory phase as well as the IGC, to provide the negotiating States with information and assistance in developing the new instrument.

IMO’s has experience in developing universal binding regulations for international shipping to ensure shipping’s sustainable use of the oceans, through more than 50 globally-binding treaties. IMO regulations are enforced throughout the world’s oceans through a well-established system of flag, coastal and port State control. Many IMO measures actively contribute to the conservation of marine biological diversity in areas beyond national jurisdiction, including the International Convention for the Prevention of Pollution by ships (MARPOL) and the International Ballast Water Management Convention – which aims to prevent the transfer of potentially invasive aquatic species – as well as the London Convention and Protocol regulating the dumping of wastes at sea. IMO has adopted numerous protective measures, which all ships must adhere to, both in and outside designated sensitive sea areas (PSSAs) and in special areas and emission control areas. These include strict rules on operational discharges as well as areas to be avoided and other ship routeing systems, including those aimed at keeping shipping away from whales’ breeding grounds. IMO’s Polar Code is mandatory for ships for operating in the Arctic and Antarctic. IMO has also issued guidance on protecting marine life from underwater ship noise.

In June 2019, the President of the Intergovernmental Conference, Mrs. Rena Lee of Singapore, addressed IMO Member State representatives at an event at IMO Headquarters in London, United Kingdom, to heighten awareness of the interplay between the BBNJ instrument and the IMO mandate. The IMO Secretariat has also provided Member States with an analysis of relevant provisions of the draft BBNJ instrument with respect to the IMO mandate.