At a meeting of the International Oil Pollution Compensation Funds (IOPCF) this week, the International Chamber of Shipping (ICS) has strongly criticised the judgement of the Spanish Supreme Court in the ‘Prestige’ Case.

This judgement (in January 2016, but discussed by the IOPC Funds this week) overturned that of a lower Spanish Court, in La Coruña in 2013, instead finding the Master criminally liable for damages to the environment and sentencing him to two years’ imprisonment (albeit likely to be suspended). It further held that the misconduct deprived the shipowner of the right to limit liability for pollution damage under the 1992 Civil Liability Convention (the “CLC”). 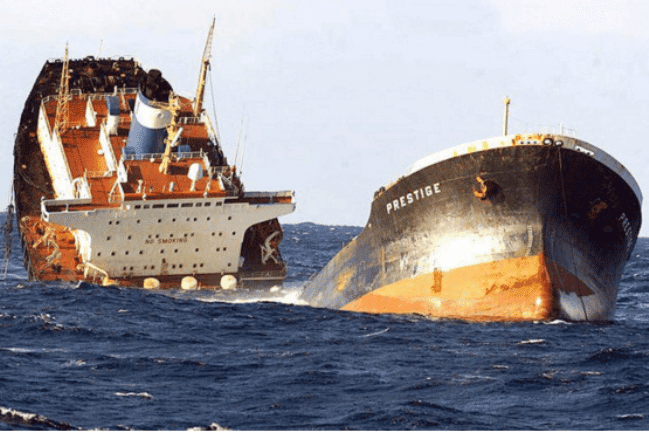 The lower court, after hearing evidence – including evidence from the Master – had previously acquitted him of all charges of criminal damage. It had also acquitted the Spanish civil servant who had been involved in the decision not to allow the ship into a place of refuge. The lower Court did not therefore award any compensation to the claimants, which included the Spanish Government. But the Supreme Court’s judgement was reached after just one day, without hearing any new evidence and in the absence of the Master. At the same time, the Supreme Court confirmed the acquittal of the Spanish civil servant.

In a formal statement to governments which oversee the global oil pollution compensation regime via the IOPCF, ICS stressed its immediate concern was the implications of the Supreme Court’s decision for the unwarranted criminalisation of seafarers. But ICS also noted that this decision may now be deployed to break the shipowner’s right to limit its financial liability under the CLC.

“The Supreme Court’s decision was extremely surprising in that it overturned a lower court’s acquittal of the Master, in his absence, and without hearing any new evidence as to his knowledge about the condition of the ship. This raises fundamental questions as to whether it was a fair trial.” said the ICS statement.

ICS also told the IOPCF meeting “This decision appears to be highly unusual and has been reached through a somewhat contorted application of law to facts which were found to be correct by the lower court. The decision also seems entirely unbalanced, applying different standards when assessing the blameworthiness of the Master to those applied to government officials on shore, whose decisions were exonerated by the Supreme Court.”

It is of great concern to ICS that this decision may be used to support a claim to break the shipowner’s right to limit liability and that the amounts then claimed would far outstrip those limits. These limits of liability are the essential quid pro quo for shipowners for agreeing a strict liability under the CLC regime. However, under the CLC the right to the limits may be broken if it can be shown that the shipowner acted “recklessly and with knowledge that the damage would probably result”.

ICS says that the actions by the Spanish government to pursue its claims against the shipowner, for what are expected to be enormous amounts in excess of the shipowner’s limits of liability, could seriously undermine the system of shared liability that has been agreed under the CLC/Fund liability and compensation regime. ICS therefore appealed to all Member States of the IOPC Funds to do their utmost to protect and support the system which has worked very well over the past decades, and which should not be sacrificed for the interests of individual countries.

“The whole regime is based on co-operation and trust between the shipping industry, the oil industry and governments” said ICS it its statement to the IOPCF. But ICS now fears that that the entire system of efficient compensation for oil spills could be put in serious jeopardy because of unsound decisions being made by national courts.