Pioneering research from the University of Sheffield’s Department of Geography discovered melting water from giant icebergs, which contains iron and other nutrients, supports hitherto unexpectedly high levels of phytoplankton growth.

During the study, which is the first of its kind on this scale, a team of scientists led by Professor Grant Bigg analysed 175 satellite images of ocean colour – which is an indicator of phytoplankton productivity at the ocean’s surface – from a range of icebergs in the Southern Ocean which were at least 18 km in length. 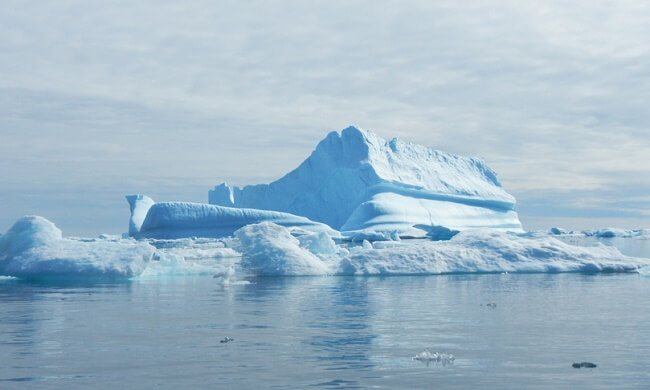 The images from 2003-2013 showed that enhanced phytoplankton productivity, which has a direct impact on carbon storage in the ocean, extends hundreds of kilometres from giant icebergs, and persists for at least one month after the iceberg passes.

“We detected substantially enhanced chlorophyll levels, typically over a radius of at least four-10 times the iceberg’s length.

“The evidence suggests that assuming carbon export increases by a factor of five-10 over the area of influence and up to a fifth of the Southern Ocean’s downward carbon flux originates with giant iceberg fertilisation.

“If giant iceberg calving increases this century as expected, this negative feedback on the carbon cycle may become more important than we previously thought.”

The Southern Ocean plays a significant part in the global carbon cycle, and is responsible for approximately 10 per cent of the ocean’s total carbon sequestration through a mixture of biologically driven and chemical processes, including phytoplankton growth.

However this research, published today (11 January 2016) in Nature Geoscience, shows that melting water from icebergs is responsible for as much as 20 per cent of the carbon sequestered to the depths of the Southern Ocean.

Climate Implications Of Using LNG As A Marine Fuel Revealed