The German Navy’s third F125-class frigate Sachsen-Anhalt was recently christened during a ceremony held in Hamburg. The ship is powered by a GE LM2500 gas turbine-based system. 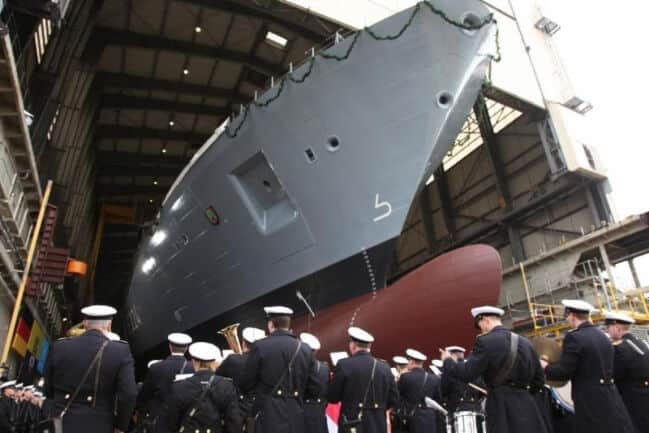 All four of the new F125-class frigates being built for the German Navy will use the same LM2500 CODLAG-configured propulsion system. The gas turbines are manufactured at GE’s Evendale, Ohio, facility. GE LM2500s also power the German Navy’s Bremen- (F122), Brandenburg- (F123) and Sachsen-class (F124) frigates.

Based in Cincinnati, Ohio, GE is one of the world’s leading manufacturers of marine products and propulsion systems including aeroderivative gas turbines ranging from 6,000 to 70,275 shaft horsepower/4.5 to 52 megawatts.