According to the RAN’s website, “Chief of Navy, Vice Admiral Tim Barrett said that the commissioning was a step towards developing the future of the Navy. ‘HMAS Canberra is an exciting addition to the Royal Australian Navy. This very capable ship will serve the nation well for decades to come.’” 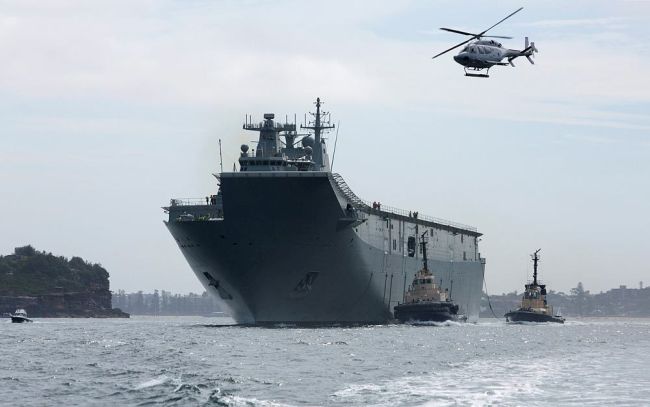 HMAS Canberra also marks another milestone for the RAN as it is their first project application of an LM2500 gas turbine-generator set versus a traditional mechanical drive system.

Pirates Kidnap Six Crew And Kill One Off Philippines
Want to share your tips and advice? Got questions? Visit the community forum to ask questions, get answers, meet people, and share your tips!