Thordon Bearings’ ThorPlas-Blue has established itself as the bearing of choice for deck equipment, with European shipyards and owners frequently specifying the grease-free bearing system as standard for vessels’ winches, fairleads, davits, capstans and windlasses.

Sweden’s Falkvarv AB, Oresund Dry Docks, and the Oskarshamnsvarvet shipyard have been particularly strong proponents of the grease-free bearing, with these yards maintaining an inventory of ThorPlas-Blue stock with which to replace worn and costly bronze bearings and bushings when vessels drydock for repairs.

Tommy Holmgren, Sales Director, Duwel Group, Thordon’s authorised distributor in Sweden, said: “The ThorPlas-Blue inventories these yards keep could be indicative of the number of vessels drydocking with bronze bearing problems since approximately 96% of the inventory is used to replace the greased bearings in mooring winches. 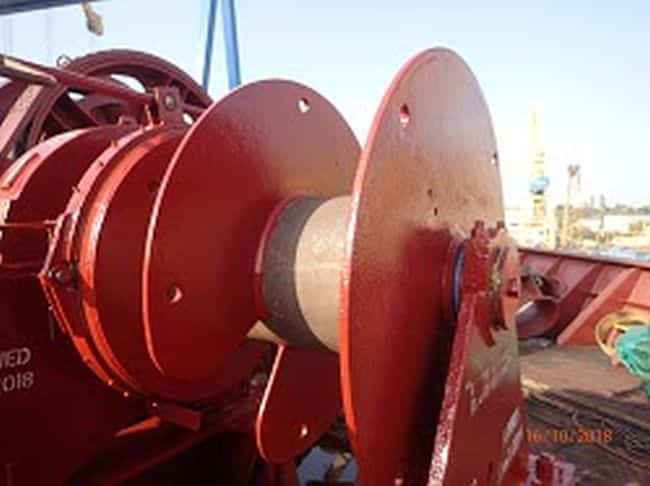 “Since Falkvarv first retrofitted ThorPlas-Blue bearings to the mooring winches aboard two coastal tankers the yard has always recommended that ship owners retrofit the non-metallic bearing to their vessels. It is the same with the Oresund and Oskarshamnsvarvet yards.”

ThorPlas-Blue is a simple-to-machine-and-install self-lubricating bearing so does not require any lubricating grease. The economically and environmentally acceptable solution is especially pertinent to sensitive areas like the Baltic Sea.

Outside the Baltic area, Romania’s Constanta Shipyard has just completed the retrofit installation of ThorPlas-Blue bearings to deck winches and windlasses aboard a 105,042dwt Aframax tanker operated by a Greece-based ship manager.

This project followed a similar retrofit in July 2018 to a sistership at a Piraeus drydock, where anchor and mooring winch bearings were replaced with the Thordon solution. 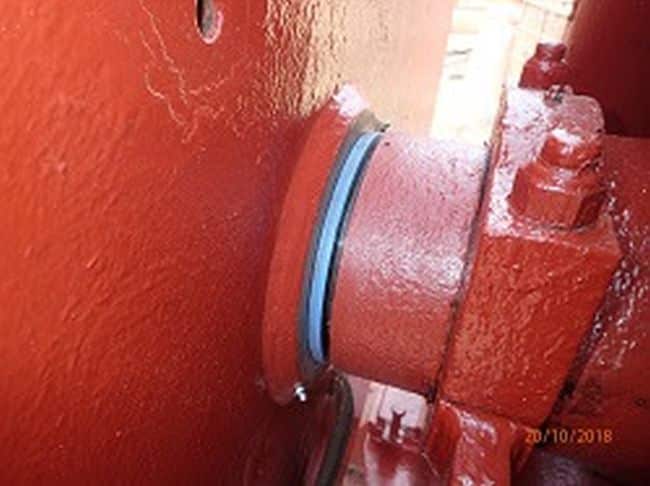 The 105,459dwt tanker reported pieces of metal on deck and excessive bearing clearances in bronze rope drum bearings. The biggest clearances were recorded in the port and starboard anchor winches and the forward starboard mooring winch. Five shafts were dismantled and inspected, with excessive wear and corrosion recorded on the shaft journals, reaching up to 4.50mm (0.18 in) in diameter.

All in all, twelve bronze bushings were replaced with the self-lubricating ThorPlas-Blue bearing, each of which was machined to achieve 0.3mm (0.01in) final interference (running) and shrunk to fit housings using solid carbon dioxide (dry ice).

Commenting on the project, George Morrison, Thordon Bearings’ Regional Manager, said: “We have been steadily replacing the bronze bushes in deck machinery across this ship manager’s fleet over the past five years and now have the Thordon solution installed aboard in over 30 vessels.

“The bronze bushes created problems when they came in contact with seawater – a chemical reaction resulting in oxidization. They were becoming too costly to repair and maintain. The ship manager has had very good results with the Thordon system, with no wear or damage. They have also proven very easy to maintain.” 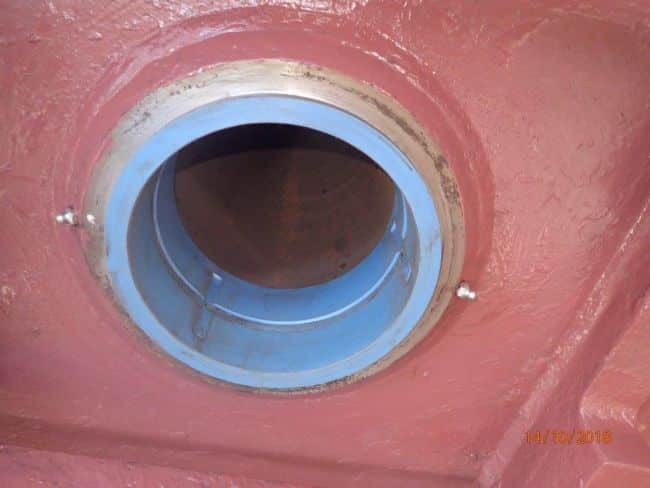 Morrison intimated that the Thordon system could soon be specified for vessels’ steering gear. “We are currently carrying out load analysis of the steering gear on a number of vessels,” he said.

Minerva Marine is another Greek owner to frequently specify the Thordon technology. Since 2016, when ThorPlas-Blue replaced the greased bronze mooring winch bearing aboard the crude oil tanker Minerva Hellen, the owner has eliminated the costs and maintenance associated with the constant application of grease and has now installed the bearing on other assets.

John Kostalas, Spare Parts Manager at Thordon’s Greece distributor Technava, said: “Aside from the environmental advantages, yards and owners in the region are opting for ThorPlas-Blue as standard due to their distinct commercial advantages. Since they don’t wear out, maintenance is negligible, leaving yard workers and crew to get on with other jobs. Retrofitting these bearings saves shipyard workers and ships’ crew a considerable amount of time compared to repairing greased bronze bearings.”

Michael Haraldsson, Business Development Manager – Europe, Thordon Bearings, said: “There is increasing global awareness of the impact oil and grease lubricated bearing systems can have on the surrounding marine environment, and while ThorPlas-Blue alleviates these concerns, the bearing facilitates a smoother, more reliable operation of deck machinery since seized bearings from inadequate greasing is no longer an issue.”

The bearing can be machined and installed quickly into a variety of applications where greased bronze bearings are traditionally installed, including lifeboat and tender davit systems; fairleads, which can have a huge impact on mooring ropes that wear quickly; tiller arms and jockey bars; cranes and hoists; pivot point bushings; winches, capstans, water-tight doors and hatches. They can also be supplied as a Self-Aligning Bearing (SAB) for use in rudder and steering gear systems to counter the alignment problems typical of hydraulic steering systems.