You are here: Home › Shipping News › Blue Amazon: The LNG Ship Of The Future
TwitterFacebookLinkedInPinterestBuffer

An innovative project to optimise LNG ship hull forms is set to reduce emissions and save significant amounts of fuel for LNG vessel operators.

On the shores of the Amazônia Azul – or Blue Amazon, the part of the Atlantic off the coast of Brazil – the LNG ship of the future is being designed. The shape of an LNG ship’s hull and cargo tanks are critical for the vessel to sail with minimal resistance through water. This is important as fuel use is the biggest cost for ship operators, and reducing fuel use significantly lowers emissions.

BG Group has been leading a new project that has pushed the limits of LNG ship designs, which are already highly efficient. 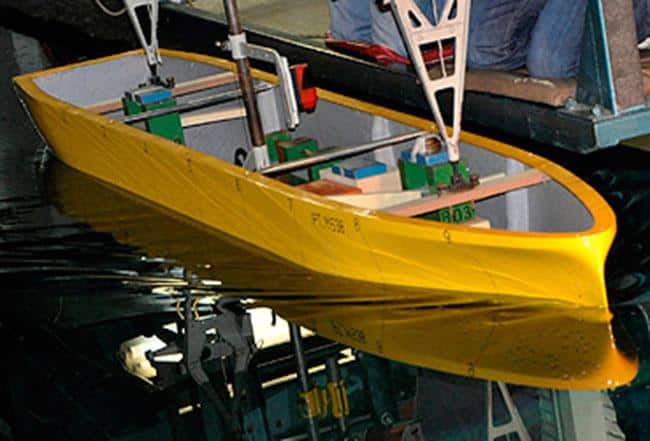 “The idea was to achieve the highest level of efficiency by trying to improve upon the best designs currently being built at the shipyards that BG partners with,” says Michael Davison, BG Group’s project development manager for ship design and construction, who has been overseeing the endeavour.

“Our task was to try and independently create a new, highly efficient hull form and general arrangement for an LNG ship.”

The project is rethinking the design from scratch to develop the low-resistance hull form.

The team took a completely new approach, one which was not restricted to following the industry-standard shape and arrangement of the ship’s LNG cargo tanks.

“That meant we could be a bit creative with the shape of the hull and make it more effective in both calm water and in waves,” Davison says.

The process also considered how the design would affect vessel construction. A central concept of the project is to ensure that the new design is practical and cost-effective to build.

Over 18 months, the Blue Amazon team ran many iterations of computer modelling, testing, and improvements to develop the best design.

This was an advantage over what shipyards could do, he adds. “Shipyard design teams are typically constrained in this respect by time and by physical resources including specialist software licences and computing power.”

The project team used software specially created for the purpose by partner HydrOcean based on an advanced computation fluid dynamics process (known as RANSE) which can simulate very complex turbulent flow conditions in various operating environments.

The computer-generated ship design is a visibly different ship shape, notably at the bow.

The project team then built a scale model and tested it at facilities at Instituto de Pesquisas Tecnológicas in São Paulo in Brazil. The team modelled sailing in three speeds, two LNG loading conditions, and various wave conditions.

The final vessel design is expected to require less propulsion energy than the current designs, saving fuel and corresponding emissions by 3–5%.

Davison says: “Three to five percent savings may not sound much, but if you’ve got a large fleet of say 30, 40 ships, each burning around 80 tonnes of fuel a day, you can imagine the emissions and commercial advantage of such savings. Over a year, a fleet of such ships would be saving approximately 32,000 tonnes of LNG fuel.”

BG Group recently discussed the design with Korean shipyards and received their feedback.

“The project teams – considering they’re not ship builders – have created a good design to start challenging the yards,” says Davison.

The team is now refining the design as it moves into the final stage of optimisation. The final design is expected to emerge in March 2016, and the team looks forward to industrialising it thereafter for the next wave of ship-building orders. 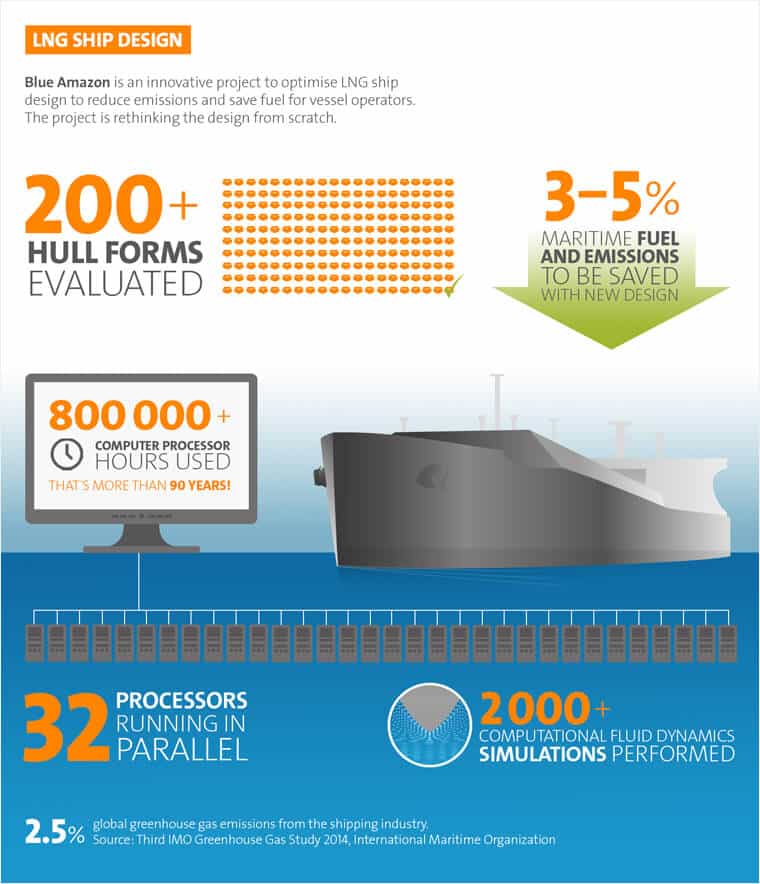