You are here: Home › Maritime Law › Guidelines On Place of Refuge for Ships in Distress
TwitterFacebookLinkedInPinterestBuffer

The loss of ships such as the ‘Erika’, ‘Prestige’ and ‘Castor’ in the past has been accountable enough for IMO to take up the issue of ‘Port of Refuge’ and formulate newer and stricter guidelines and recommendations for ships in need of assistance. The guidelines adopted by the IMO A.949 (23) for “Places of Refuge” instead of “Port of Refuge”, made way for better control of Maritime Safety and Pollution Prevention. SAR Convention would continue to be followed where safety of life is involved.

On the basis of the assistance needed by ships and subsequent introduction to the place of refuge, IMO adopted another resolution, A. 950 (23) for Maritime Assistance Services or MAS. This guideline recommended all coastal states to establish a single point of contact (SPOC) for receiving reports and monitoring a ship’s situation in order to stabilize the vessel and guide it towards a safer place.

Why Place of Refuge?

Port of Refuge has always been to the benefit of ships in need of assistance but not in distress, the coastal states, and the cargo owners. The desirability and advantages of a Port of Refuge were more so as the property and environmental damages were limited.

Place of Refuge widens the scope of refugee waters in a coastal state. By law, it means a place of shelter on a coast or a port whereby the ship in need of assistance can take actions such that the condition of the vessel is stabilized and further loss to property or the environment is restricted.

Ships in Need of Assistance means a ship which is in a situation apart from requiring rescue of personnel, which could give rise to loss of property (ship) and pose an environmental or a navigational hazard. 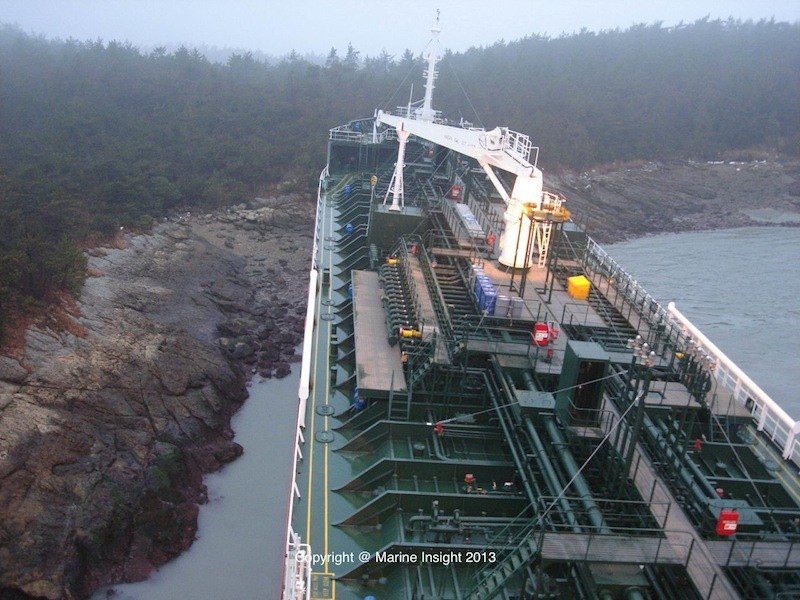 As far as the Contract of Carriage or Hull and Machinery policies are concerned, ‘deviation’ to a Place of Refuge can be justified if proved within the terms of the contracts.

–       Any other accident causing serious threat to the vessel and cargo

Guidelines for actions required by Masters –

1. Masters should weigh up the situation and necessitate risk assessments for safeguarding human life, property and the marine environment. Maintaining seaworthiness is of prime importance.

2. The Master should take in consideration the following factors before finally deciding upon for a place of refuge –

3. The ‘decision-making process’ should be in conjunction with the coastal states’ Maritime Assistance Service or MAS and the shipping company’s Designated Person. Master should comply with the necessary obligations and requirements of the coastal state’s maritime assistance and also seek to protect the vessel and cargo owners’ interests.

4. Once it has been decided of the place for refuge, it is the Master’s principal endeavor to take the damaged vessel safely towards the shore. The Master in due course shall continuously communicate with the MAS authorities as well as the Company’s DP and Superintendents.

5. The Master will ensure that accurate information regarding the state of the vessel such as the severity of damage, condition of the hull and machinery, etc. has been disseminated to the coastal authorities, who would then prepare for the vessel’s arrival.

–       Details of the vessel’s owners and Flag State must be provided to the coastal / port authorities for safe and pollution free damage control.

On arrival at Place of Refuge

Reasons for Refusal to Port of Refuge

–       Many ports are not equipped for repair or able to cope up with such situations.

–       Environmental damage and Social impact caused due to the damaged vessel.

Subsequently, certain incidents in the past that led to devastating results were due to such ambiguities between the Right of the Coastal State and Rights of a ship in danger. The sovereignty and the rights of coastal state to take action for protecting its coastline against pollution are incorporated in international treaties such as of the UNCLOS, Salvage Convention and FAL Convention. Interestingly, certain provisions under UNCLOS allow for a vessel in Distress to stop and anchor while navigating the territorial sea and the archipelagic waters.

The European Sea Ports Organization (ESPO) and the IMO claim that a ‘Port’ is not necessarily the best bet for a damaged ship. More-so, the ship needs a sheltered place where essential operations can be carried out and therefore, a ‘Place of Refuge’ is more appropriate than the concept of ‘Port of Refuge’.

Rotterdam Rules – Redefining and Introducing the Electronic Bill of Lading
What is Automated Manifest System (AMS) for Shipping Cargo?
A List of Documents Required by New Shipping Company Under Safety Management System

What’s the Procedure for Port of Refuge?
Want to share your tips and advice? Got questions? Visit the community forum to ask questions, get answers, meet people, and share your tips!