You are here: Home › Marine Navigation › Effects of Rogue Waves On Ships
TwitterFacebookLinkedInPinterestBuffer

To understand the effects of rogue or freak waves on ships at sea, it is vital to first develop an understanding of rogue waves in itself, the occurrence of such a phenomenon and the reason behind such an occurrence.

The occurrence of sea waves is an uncertain phenomenon. That is, if you consider a certain area of the sea surface, the waves passing through that area would definitely be periodic in nature, but the parameter of each wave (amplitude, time period, frequency, wave height and wavelength) will vary at a rate that cannot be determined to an exact measure.

To understand that with an example, let us suppose that a wave of height 10 meters passes through a given area on the sea surface at this instance.

Then one cannot be sure if the next wave passing through the same area on the sea surface will have the same height.

This natural uncertainty in the nature of sea surface waves makes it important for us to study sea waves in a probabilistic and statistical approach, rather than a deterministic approach. 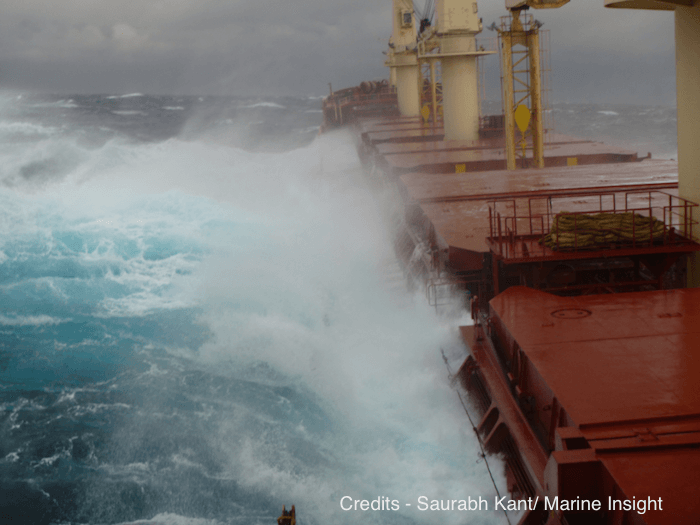 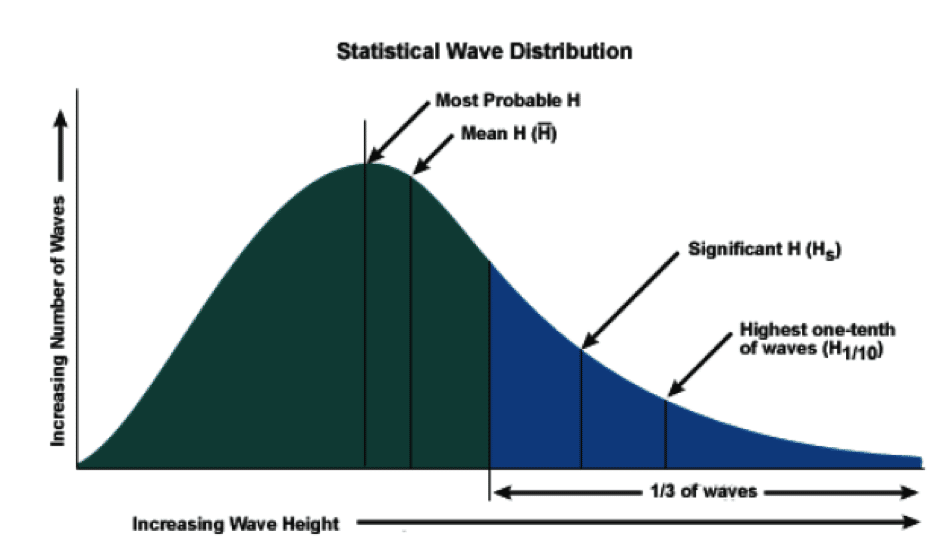 In the above histogram, note the following things:

To know what effects rogue waves have on ships, we need to know the motion of a ship in a wave. When a ship operates in head seas, it experiences pitching coupled with heaving motions.

The more the amplitude of the encountering wave, higher is the pitching and heaving amplitude.

Extreme combined motions of pitching and heaving in ships result in the forward part of the ship plunging into the sea surface after it encounters a wave.

So, in some cases, when the sea state is high, there is a probability of increased height of waves that a ship may encounter.

Sometimes, these waves may be higher than that corresponding to significant wave height, which is called freak waves or rogue waves.

The problem with such waves, is that they cannot be predicted, owing to the natural uncertainty of sea waves.

Effects on a ship because of rogue waves

When a ship encounters high waves (especially in head seas), high amplitude pitching and heaving combined produces an effect that sends the bow out of the water. As the wave passes aftward, the bow falls onto the surface (or slams the surface), with high acceleration, resulting in tremendous slamming forces in the forward structure of the ship. 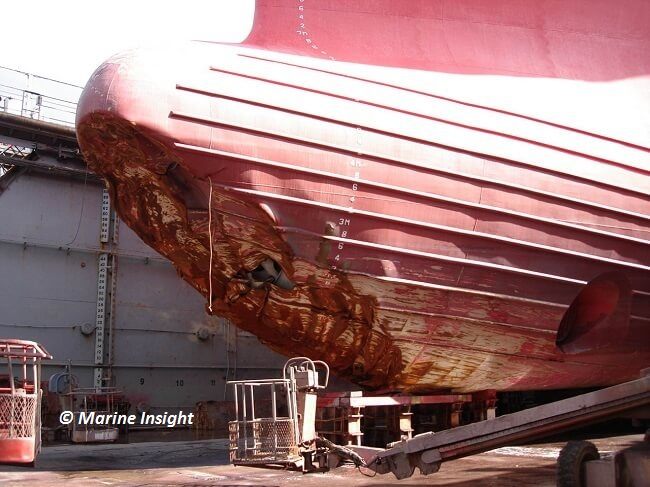 Formation and Propagation of Cracks

Due to high slamming and pounding forces in the forward structure, the hull at the bow section is often prone to cracks that can propagate over the entire depth of the bow section.

The shell plates at the bow and the bottom plating up to 25 per cent of the ship’s length aft of the forward perpendicular are subject to effects of slamming which result in buckling of these plates.

Especially the bottom plating in the forward region, because in most lading cases, the ship is in hogging condition, which maintains the bottom shell in a state of compression.

Major augment of stresses in the bottom plating, therefore, result in exceeding the buckling stress of the material, which may be much lower than the ultimate tensile stress.

When forward structures have been subjected to a large number of cycles of freak waves or slamming forces over a longer period of time, the structure undergoes fatigue.

If scantling and structural surveys are not carried out regularly, then ultimate failure, leading to complete rupture of bow sections is not an impossibility when encountered with freak waves.

So designers have over the years, developed methods to combat freak waves by incorporating various factors of safety in structural design. Broadly, we will discuss them under the following distinctions:

When the scantlings of a ship are calculated in the preliminary design phase, designers use empirical formulae suggested and tested by classification societies.

These formulae have been developed over extensive observation and analyses of statistical data of stressed that ships are subjected to at sea, and accordingly, a factor of safety is considered in determining the scantlings, so as to prevent failure due to waves that are above the significant height.

The hull girder is additionally strengthened at the bow. Some of the additional structures that are included are discussed below: 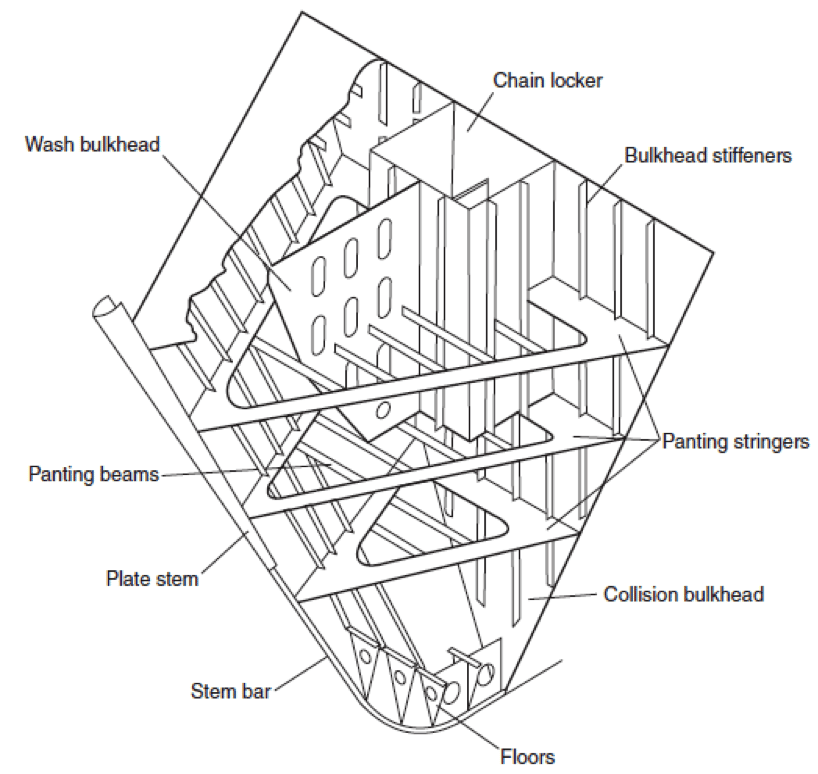 Navigational measures are also taken on board a ship, to combat rogue waves, especially in high sea states. Remember the initial paragraphs of this article where we discussed pitching and heaving motions induced onto a ship? The idea of navigational measures is just to reduce the pitching amplitudes.

Though the latter may not always be feasible on fixed routes, the former is mostly used to reduce unwanted motions on the higher side.

Are you aware of any other effects of rogue waves on ships?

Photo of the Day: Ship Amidst Huge Waves in Taiwan Strait

What Seafarers Should Do After The Vessel Receives Storm Warning?

Photo of the Day: Tropical Revolving Storm (TRS) Ahead