The electric propulsion system consists of a prime mover which may be of two types:

Both the systems produce less pollution as compared to conventional marine propulsion system, which involves burning of heavy oil.

The propeller shaft of the ship is connected to large motors, which can be D.C or A.C driven and are known as propulsion motors. Power for propulsion motor is supplied by the ship’s generator and prime mover assembly. 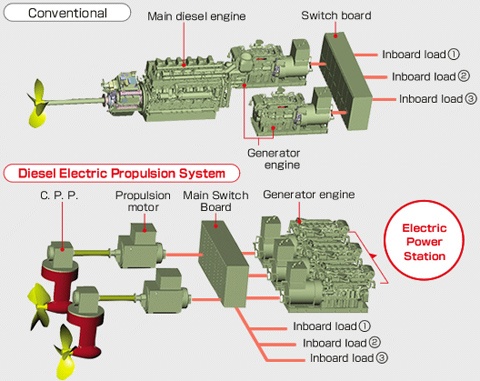 The generator can be direct or alternating current type with diesel or steam driven prime mover, depending upon the requirement or demand of the owner/ship. 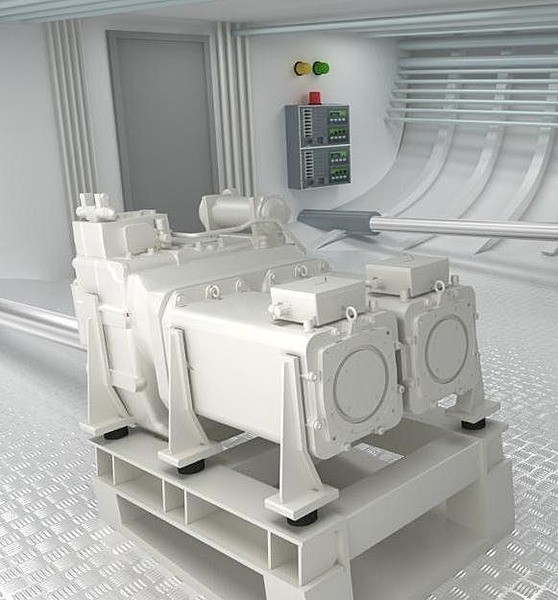 Normally electrical propulsion is used in small vessel but now a day shipping companies are adopting this system for big size cargo vessel as well.

Generally electrical propulsion is fitted in