The Panama Canal is an engineering marvel that spans across the isthmus of Panama, providing a waterway between the Pacific Ocean and the Atlantic Ocean. It stretches over 82 kilometres and provides the shortest route between the two oceans.

By constructing this canal, ships no longer have to take perilous routes such as the Magellan Straits, or around the Cape Horn of South America. The canal was built as an artificial structure, and even has a man-made lake known as Gatun Lake that forms the heart of the canal system.

A series of canal locks are used to lift approaching vessels to match the elevation of the passage. Ships then proceed across the isthmus to the other end, where they are then lowered to the other side.

The original locks were only 32.5 meters wide, which placed a restriction on the size of vessels that could cross the Panama Canal. However, a newer set of locks were constructed that could accommodate boats up to 49 meters in beam. The maximum length of ships that can pass through the locks has been fixed at 366 meters, which encompasses most classes of ships. The class of ships designed to fit the newer set of locks is known as the Neo-Panamax vessels (neo – new, in Latin).

Initially, France began construction of the canal as it owned the area around the isthmus. However, the project was later abandoned owing to a high rate of worker mortality. The USA later restarted the project and completed the canal construction by 15 August 1914. The present-day canal is controlled by the Panama Canal Authority (ACP) that is under the sole control of the government of Panama. 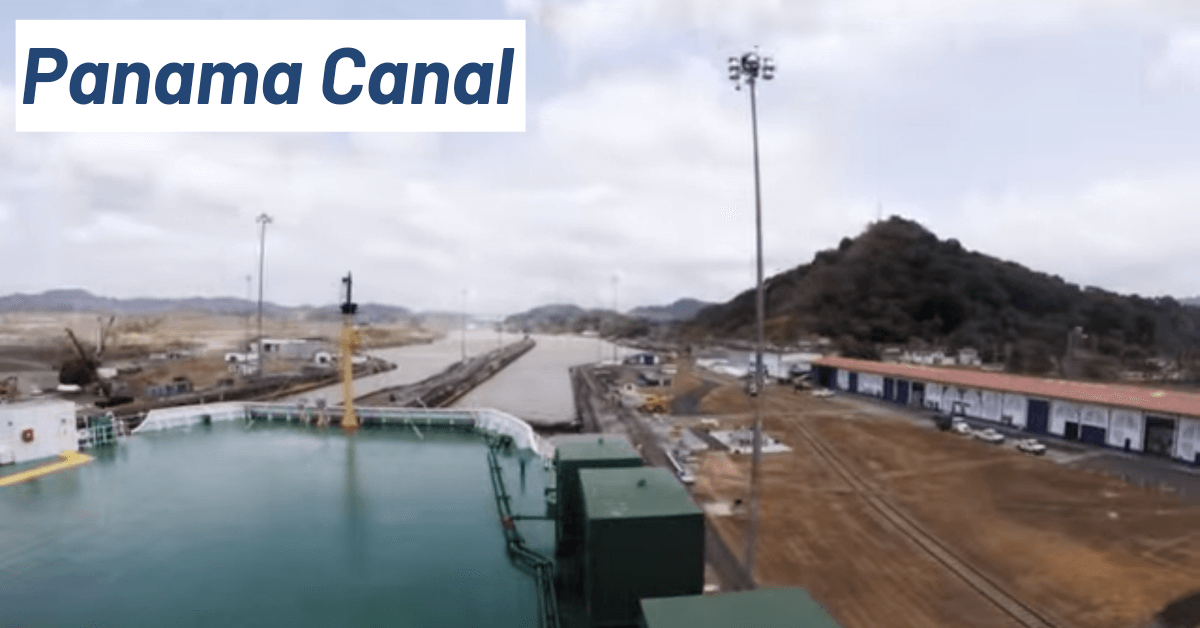 In this article, we will take a look at the top 10 must-read books on the Panama Canal.

This 700-page gripping account of the history of the Panama Canal is filled with instances of the human element that made its construction possible.

Through extensive research by historian David McCullough, the book explores the extraordinary engineering and management that put the canal on the global shipping map. Complete with the original French attempt and the eventual formation of Panama, this book weaves a compelling tale of a historically significant event.

It has won numerous prizes including the Francis Parkman Prize, the Cornelius Ryan Award, and the Samuel Eliot Morison Award. In addition, the historical accuracy of this book has been recognized by the National Book Foundation, and it won the prestigious National Book Award in the field of history in 1978.

The Path Between the Seas: The Creation of the Panama Canal, 1870-1914
Check Price on Amazon

2. Erased: The Untold Story of the Panama Canal By Marixa Lasso

The success of the Panama Canal has often eclipsed the darker aspects of its construction. However, author Marixa Lasso presents a stunning historical account that brings to the fore the atrocities and tragedies faced by thousands of indigenous people working under the various governments invested in the construction of the canal.

Graphic details outline how people were merely used as pawns in a much larger political battle to gain control over Panama. By delving into the gradual decline of the culturally rich region, this book showcases the history of Panama from a previously unexplored angle.

Drawing on research as a history professor in Colombia, the intense tussle between different ideologies aimed at exploiting a region has been lucidly covered by the author.

Erased: The Untold Story of the Panama Canal
Check Price on Amazon

3. Panama Fever: The Epic Story of the Building of the Panama Canal By Matthew Parker

The great wonders of the engineering world have never been free from trials and tribulations, and the Panama Canal was no exception. Filled with accounts of the difficulties faced by a project considered to be the most expensive in history, author Matthew Parker embarks on a detailed description of the construction of the canal. From high mortality rates to new epidemics wiping out entire sections of the workforce, the book also covers the tremendous efforts undertaken by scientists and doctors around the world to save the people constructing the canal. In addition, homage is paid to US President Theodore Roosevelt who strived to turn the canal from a French dream into an American reality. The political and economic struggles that plagued the project have been clearly covered by the author in this must-read on the Panama Canal.

Panama Fever: The Epic Story of the Building of the Panama Canal
Check Price on Amazon

4. The Building of the Panama Canal in Historic Photographs By Ulrich Keller

The construction of the Panama Canal by the US was an unimaginable feat, that had cost the French dearly over 25 years earlier. The stories behind how a project doomed to failure was turned around by sheer determination have been beautifully captured by renowned historian Ulrich Keller.

Specializing in photo histories, the author has cleverly presented the entire story of the Panama Canal in a series of engaging photographs taken over the course of the build. Through 164 historic photographs that capture the sentiment and mood during the construction, Keller has crafted a unique tale of the toil that went into building the most ambitious project of the 20th century.

In addition, the book provides an insight into the hardships faced by the workforce, the failures associated with the project, the discrimination prevalent amongst the employees, and the eventual triumph that created a new chapter in modern history.

Published 100 years after the first historic journey made through the Panama Canal, author Ken Rossignol weaves an intriguing tale of the reality behind the canal. Through the failed attempts, squandered resources, rapidly escalating debts, and political battles, the reader is exposed to the harsh realities that faced the architects of the world’s most ambitious project.

The accounts of veteran journalist Logan Marshall have been additionally included in the book to add an element of historical authenticity. The author also delves into some of the more disturbing dangers that plagued the construction, such as the thousands of suicides and injuries, and mass graves that lined the canal build site.

This book is a compelling account that keeps the reader riveted through the incredible journey of building the Panama Canal.

The Panama Canal is frequented by over 15,000 passenger and cargo ships every year. When travelling through the locks and lakes that make up this engineering marvel, having a quick guide to the sights and scenes is a necessity. Author Eric Bauhaus has produced one of the most detailed guides on the journey through the canal.

With over 223 accurate charts and hundreds of photographs, this guide is a must-have for any individual travelling through the canal. Throughout this 560-page book, professional surveying equipment has been used to obtain computer-based models of the canal and the surrounding area.

Whether it be for casual tourists or for experienced ship captains, the guide contains numerous navigational charts and piloting instructions. It also provides detailed descriptions of the some of the landscapes visible on the route through the canal.

7. The Big Ditch: How America Took, Built, Ran, and Ultimately gave Away the Panama Canal By Noel Maurer and Carlos Yu

This 400 plus page historical account looks at the construction and history of the Panama Canal from a unique perspective- the United States of America.

The book is a success in chronicling the series of events from the initial bid at creating a trans-oceanic crossing at the turn of the century to the eventual creation of Panama. It traces the massive delays and debts that were racked up in the initial years after the opening of the canal and the eventual handover to Panama.

In addition, it goes into accounts of an initial plan proposed by the Spanish in 1529 to create a route through South America. The success of the Panama Canal Authority in turning the debt-ridden canal into a profitable system has also been discussed in great detail. This book is essential for anyone looking to learn about the economics and finances of the Panama Canal.

The Big Ditch: How America Took, Built, Ran, and Ultimately Gave Away the Panama Canal
Check Price on Amazon

8. Beyond the Big Ditch: Politics, Ecology, and Infrastructure at the Panama Canal By Ashley Carse

Author Ashley Carse presents a compelling read of the larger forces at play in the operation of the Panama Canal. From the political conflicts aimed at securing this culturally significant region and the infrastructure developed at the site, the factors that played a role in shaping the fortunes of the region have been lucidly covered.

In addition, the book goes on to cover how the ecology of the area was changed in an effort to accommodate the extensive project. This book is an effort at studying the history and ethnicity behind the region while analyzing the transportation and developments that came to Panama through this project.

Beyond the Big Ditch: Politics, Ecology, and Infrastructure at the Panama Canal (Infrastructures)
Check Price on Amazon

9. The Panama Canal: The Story of How a Jungle Was Conquered and the World Made Smaller By Elizabeth Mann

Part of the renowned Wonders of the World Series, Elizabeth Mann delivers a concise and simple guide that is a must-read for children and young adults interested and intrigued by the engineering marvel that is the Panama Canal.

Aimed at readers between 9 and 13 years of age, the short guide has won numerous laurels on account of being extremely informative and easy to understand. The book presents the struggles and triumphs associated with the construction and the effort that went into turning a mere idea into a working reality. 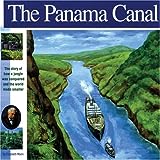 The Panama Canal: The Story of how a jungle was conquered and the world made smaller (Wonders of the World Book)
Check Price on Amazon

10. The Panama Canal: The Construction and History of the Waterways Between the Atlantic and Pacific Oceans By Charles River Editors

The Panama Canal was christened as one of the Seven Wonders of the Modern World, and this would not have been possible without the foresight of US President Theodore Roosevelt.

In this incredibly concise book totalling just over 50 pages, author Charles River lays out the history of the canal, from the failed French attempt in the late 19th century to the eventual inauguration of the canal by the Americans.

Aimed at cementing Roosevelt’s place as one of the greatest American visionaries, this book goes on to provide accounts of his decisive actions. Complete with historic photographs and accounts from the workers, the book even features a bibliography for those interested in delving further into the history of the construction of the Panama Canal.

The Panama Canal: The Construction and History of the Waterway Between the Atlantic and Pacific Oceans
Check Price on Amazon

Do you know any other Panama Canal Books that can be added to the list?

Disclosure: This post may contain affiliate links, meaning we get a small commission if you decide to make a purchase through our links, at no additional cost to you. You can read our full disclaimer here.